Get the app Get the app
Already a member? Please login below for an enhanced experience. Not a member? Join today
News & Media Airframe and Powerplant: Engine making metal?

How to find where it's coming from

Your mechanic just called. There’s metal in your oil filter. 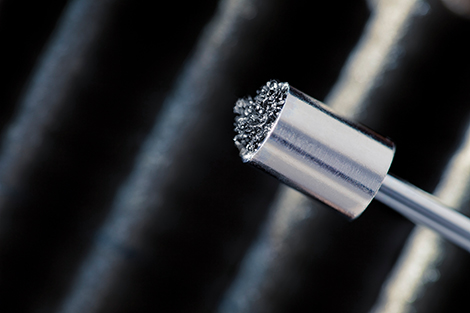 Your mechanic just called. There’s metal in your oil filter. Does this mean your engine is toast? Not necessarily. The proper troubleshooting path quantifies the amount of metal and identifies the types of metals. Quantifying and identifying oil filter contaminants can be done in the field after opening the filter up for inspection. The steps are cutting the outside can off the filter, cutting the filter media off the support frame, sloshing it thoroughly in a clean can filled with mineral spirits, and straining the spirits through a clean cloth or rag. The spirits will evaporate, leaving behind all the contaminants. The next step is to estimate the amount of contaminants. For that a teaspoon is used.

Textron Lycoming provides some general guidelines for this step in the Lycoming Flyer, a compendium of nonregulatory hints, tips, and answers to commonly asked questions.

When several flakes of aluminum or several short, hair-like ferrous metal shavings are found in the folds of a filter, Lycoming suggests changing the oil, installing a new filter, and flying for 25 hours before checking the filter again. If the filter is clean after this step, return to normal oil-change intervals.

When 45 to 60 small flakes or shavings are found, Lycoming tells owners to change the oil and filter before running the airplane on the ground for 20 to 30 minutes. Then pull and again inspect the filter media using the method described earlier. If the filter is clean, fly for one to two hours and again check the filter. If it’s still clean, fly for 10 hours and check again. If no more metal is found, return to normal oil filter change intervals.

These two checks determine whether the metal is from a one-time occurrence. If the quantity of contaminants doesn’t diminish during these tests, then there’s an ongoing problem and the airplane must be grounded until the source of the contaminants is determined.

If the filter contains metal chunks as large as a broken pencil lead or larger, Lycoming recommends pulling the oil suction screen to check for the presence of large pieces of metal that might have fallen into the engine oil sump. Valve, ring, or piston failure should be suspected if a combination of magnetic and nonmagnetic material is found during this check.

Unfortunately, owners of engines from Teledyne Continental Motors can’t check the oil pick-up suction screen in their engines without removing the entire sump assembly, which is a time-consuming and costly chore.

If the quantity of metal found is greater than a half-teaspoon, Lycoming recommends removing the engine. However, there is an exception—if the damage is confined to one cylinder and metal has not gotten past the filter and circulated throughout the engine, then the engine can be restored to service after changing the failed cylinder. The most common methods used to check for cylinder damage are pulling and inspecting the spark plugs for damage, and visually inspecting each cylinder using a borescope. The quickest way to determine whether metal has spread throughout the engine is to pull the prop governor.

A small screen is molded into the “oil in” portion of every prop governor gasket. This screen is used by technicians to determine if contamination has been captured by the oil filter or has spread throughout the engine.

Oil filters—and oil filter adapters—have a bypass valve that opens automatically when the filter media or screen becomes so clogged that oil can no longer pass through. The bypass valve can also be forced open momentarily during cold-temperature starts if the engine has not been preheated or the oil is too thick for the ambient temperatures.

The prop governor on six-cylinder TCM and Lycoming engines is located near the halfway point of the pressure oil system. When contaminants are found in the prop governor gasket screen, it means that they have bypassed the oil filter and circulated in other parts of the engine.

If the quantity of material in the governor gasket screen is very small, there’s a possibility that a bypass valve opened very briefly. Change the prop governor gasket, the oil, and the filter, and then conduct the 20- to 30-minute ground test described earlier. If, after the 20-minute run, the quantity of contaminants has not decreased, stop testing, analyze the contaminants, and pull the spark plugs to look for cylinder damage.

If the prop governor gasket screen contains more than a few flakes or slivers of metal, this means that crud already has been pumped into the close-tolerance gaps between the crankshaft main bearings and the crankshaft. There’s a strong possibility that the crankshaft has been scored or has suffered heat damage as a result of reduced oil flow.

In most cases, when metal is found in the prop governor gasket screen, the engine must be pulled and torn down for an internal inspection.

There are a couple of methods for identifying the contaminants found in filters. The most definitive method is to put the entire filter into a leak-proof container and send it and an oil sample to a lab such as Aviation Laboratories (AvLab) in Houston, Texas, or Blackstone Laboratories in Fort Wayne, Indiana. Engine oil is not considered a hazardous material—see the letter on www.avlab.com—so shipping prices are reasonable. AvLab, for example, quantifies the contaminants, and through the use of scanning electron microscopy and energy dispersive X-ray fluorescence spectrometry (EDXRF), it analyzes the metals and identifies them using the Aerospace Material Specification (AMS) numbering system. For instance, one report contained a sentence saying, “tiny carbon steel flakes, AMS 6370 or 6371 were found.” Aviation Laboratories has built up a database that details the location of AMS metals in common GA engines.

For around $50 AvLab sells a kit through its Web site that includes everything needed to send a filter and an oil sample in for detailed testing. TCM sells a similar kit under part number CH48200, but it’s much more expensive than the AvLab kit. Using the kit isn’t required; it just makes a tidier package.

Contaminant analysis can also be done in the field. The three most common contaminants are carbon, ferrous metals, and nonferrous metals. Carbon particles often look like metal but are easy to identify because carbon breaks apart under fingernail pressure and disintegrates when struck with a hammer. Metal will remain intact or change shape.

Four metals are commonly found in GA engines. They are steel, tin, aluminum, and copper (or bronze). Steel particles are identified with the use of a permanent magnet. Field identification of aluminum, copper, and bronze requires small containers of 50-percent hydrochloric (muriatic) acid and nitric acid. Aluminum will not react much with nitric acid but will brighten if discolored. When dropped into hydrochloric acid, aluminum will react by fizzing and forming a black residue before it disintegrates. Aluminum is used in engine cases, pistons, and wrist pin plugs. Copper or bronze particles dropped into nitric acid will react rapidly, producing a bright green cloud. Large particles of copper or bronze indicate disintegration of a bushing or a valve guide.

Tin is identified by its low melting point. A tin particle will melt and fuse with 50/50 solder when dropped onto a hot (500 degrees F) soldering iron. Tin is used only to plate parts and the plating is very thin, so the presence of tin is rare and doesn’t require any action.

Screening your next move

Oil filter media inspections should be done at every oil change. If metal shows up in an oil filter, don’t ignore it. Take immediate steps to determine the quantity of the contaminants. If there’s a large quantity of crud in the filter, pull the prop governor and check the screen. If the prop governor gasket screen is contaminated, the engine must be torn down.

If the governor screen is clean, then determine the source of the particles using a magnet and the small jars of the acids, or send the entire contents of the filter to a lab for analysis. These determinations, when combined with spark plug inspections, will dictate your next course of action.