Get the app Get the app
News & Media Fly an airship! 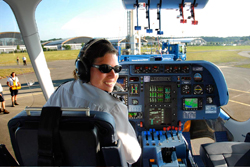 If you’ve got $3,000, you’ve got an airship—at least for half an hour. Airship Ventures of California operates the only Zeppelin in the United States and is now offering a two-day course that puts you in the pilot’s seat.

The time does not count toward a rating but makes for a fine adventure. Airship pilots will guide the ground school, stick time, and logbook endorsement. Every student is guaranteed 30 minutes in the left-hand seat. Classes are limited to six students; participants must hold a private pilot certificate and a current medical.

While aloft you’ll explore the sights of Los Angeles while experiencing the differences between aerostatic and aerodynamic lift. Fees are $2,950 per person, plus taxes. Reservations can be made by calling Randy Kolstad at 650/969-8100, extension 141. 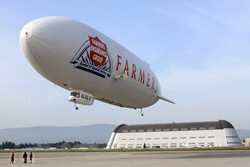 Airship Ventures operates the only commercial passenger airship in the United States. The company’s airship, Eureka, is a Zeppelin, not a blimp; and is one of only three in the world—the only one in the United States. At 246 feet in length, the company claims it is the largest airship in the world. Eureka’s cabin holds 12 passengers and boasts luxury features like oversized windows (some can be opened during flight), an onboard restroom with a view, and a rear loveseat complete with a panoramic, wrap-around window.