Get the app Get the app
Already a member? Please login below for an enhanced experience. Not a member? Join today
News & Media HondaJet deliveries slip to 2012 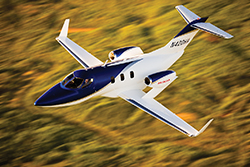 If you are holding a position on the HondaJet production line, you already know your late-2011 delivery has slipped to the fall of 2012.

The flight of the first aircraft that conforms to the production model has slipped from this summer to November 2010. The delay was required by a slippage in the delivery date for certain major components.

“We already have achieved many significant milestones with assembly of the first conforming aircraft, including completion of consolidation of major assemblies—fuselage, wing, empennage, landing gear, and engine pylon assemblies,” said Stephen Keeney, senior manager for corporate affairs. “At this time, we are in the completion phase of installation of major systems, such as electrical, hydraulic, and environmental control. 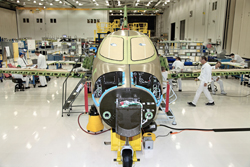 “We anticipate receiving the first conforming, flight-worthy engines from GE Honda Aero Engines in the third quarter of 2010, with the safety of flight certification from GE Honda to follow shortly after engine delivery. We will then begin consolidation of the engines with the airframe, conduct low- and high-speed taxi tests, and proceed to first flight, which is scheduled for November 2010,” Keeney said. 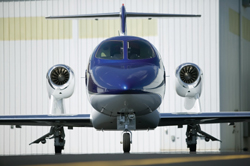 Keeney also addressed speculation heard last year that Honda is more interested in selling engines than it is in selling the HondaJet airframe. That raised questions about Honda’s commitment to the airframe, once the engines are proven. Keeney noted that Honda builds all the engines used to power its products, from cars and motorcycles to power equipment. “With this in mind, it is easy to surmise that, as long as Honda produces jet engines, there surely will be a HondaJet that is ‘powered by Honda,’” he said.