Get the app Get the app
AOPA will be closing at 2:30pm ET Wednesday, November 23rd, and will remain closed Thursday and Friday in observance of the Thanksgiving holiday. We will reopen Monday November 28th at 8:30am ET.
AOPA Members DO more LEARN more SAVE more - Get MORE out of being a pilot - CLICK HERE
News & Media Red Baron flick on DVD 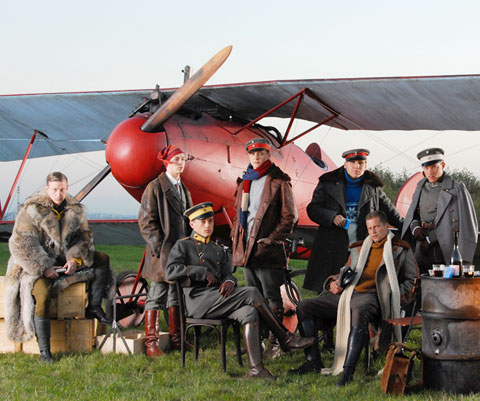 The Red Baron, an independent film with big stars, opened in a few large cities this spring and is now available on DVD from Amazon.com and from the film’s distributor.

The DVD is expected to be released June 1, although Amazon is taking pre-orders. The film was shot in Prague in 2006 and went through more than a year of editing. The script was nearly bought by major Hollywood producers, but changes they wanted didn’t sit well with the writer, Nikolai Muellerschoen of Niama Film Productions. He decided to make the film independently.

For such a small film, it has big stars. They include Matthias Schweighöfer ( Valkyrie), Joseph Fiennes ( Shakespeare in Love and ABC’s “FlashForward ”), Lena Headey ( 300, “Terminator: The Sarah Connor Chronicles”), and Til Schweiger ( Inglourious Basterds).

Like many aviation films, the flying sequences are computer generated from computer models based on actual aircraft.