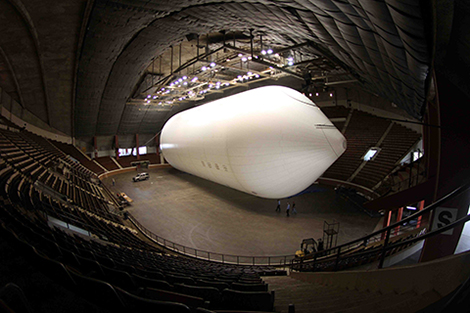 Watch for a really big airship to fly somewhere in the Montgomery, Ala., area later this year. At 235 feet, builder E-Green Technologies claims it is, or will be, the largest in the world.

The airship can carry payloads of 2,000 pounds up to 20,000 feet at dash speeds of 80 mph. The Bullet 580 looks like, well, a bullet. The craft completed a successful inflation recently inside a domed stadium in the Montgomery area. 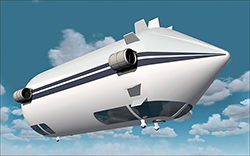 Payloads are carried inside the outer envelope, which is one-sixteenth of an inch thick but 10 times stronger than steel. It is made of Kevlar. It is touted for a number of surveillance and communications uses, and can remain on station for hours at a time. The first mission is for NASA and Old Dominion University and consists of equipment to measure the moisture content of soil.