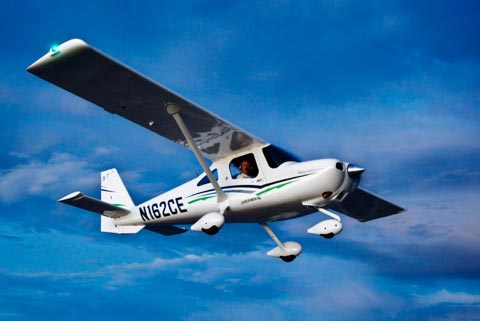 Cessna Aircraft Co. announced Nov. 11 that production of its two-seat, $112,250 model 162 Skycatcher continues to increase, with the fiftieth airplane on its way to Cessna’s U.S. reassembly facility. More shipments are expected, and by the end of the year Cessna said it expects to hit its target of 30 Skycatcher deliveries. In 2011, the goal is to deliver more than 150 Skycatchers.

“We are happy, not only with the increased pace of deliveries coming from Shenyang Aircraft Corporation, but with the high level of quality of the aircraft,” said Jack Pelton, Cessna chairman, president, and CEO. “We are getting these aircraft into operations with individual owners and flight schools. The response from our customers has been excellent.”

There are more than 280 CPCs in the United States. And at AOPA Aviation Summit, Cessna said it has added five more CPCs to its network. These are Alliance International Aviation in Chino, Calif.; GenesisFlight Academy LLC in Georgetown, Texas; JacksonAir in Thermal, Calif.; North Florida Flight Training in West Palm Beach, Fla.; and Tailwind Flight Center in Appleton, Wis.