Get the app Get the app
Already a member? Please login below for an enhanced experience. Not a member? Join today
News & Media Datatoys 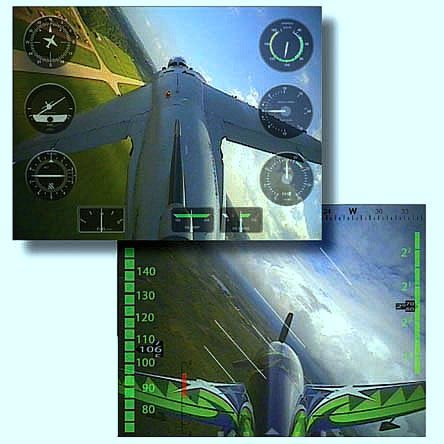 Datatoys introduced its new Ultimate Digital Video Platform, which records video and data for a variety of airborne applications, at AOPA Aviation Summit. It can be used in flight instruction, aerial tours and adventure rides, flight evaluation and testing, charters, pipeline inspection, and aerobatics, as well as for recreational aviation, Datatoys said.

The platform can record video at 1080p60 HD, which is superior to Blu-ray disc capability, and features a touch screen. It has the ability to capture flight or other data, which can be displayed graphically and superimposed on video images for playback.

Datatoys also released its next generation in airborne cameras. The WDR-600 offers 600 lines of resolution and features a variety of image-enhancing features, including electronic image stabilization, digital noise reduction, and a wide dynamic range. Datatoys said it is the only camera on the market with built-in propeller mitigation settings, which allow users to capture a clean, translucent prop blur instead of the propeller freeze typical of CCD cameras or the propeller warp caused by CMOS cameras. —Mike Collins