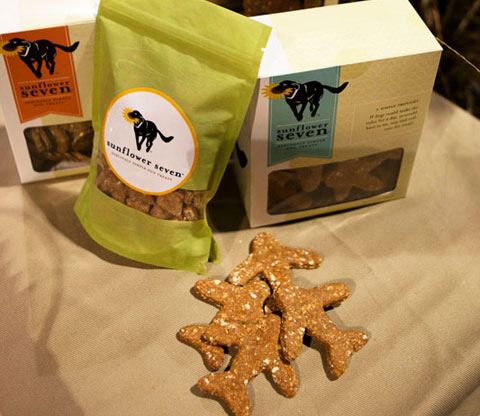 Sure there’s AOPA Live, Airportfest, social events, and meetings. But AOPA Aviation Summit is all about one thing—shopping. With more than 425 booths at the Long Beach Convention Center, and 100 airplanes at Airportfest, Summit is the place to get the gear you want.

We walked the convention center floor with $500 in funny money to see what we could get at the show. We found hundreds of items are available for that amount. Some of them will be familiar, such as headsets and flight bags. But we were especially interested in what the dozen or so new exhibitors brought to the show this year. 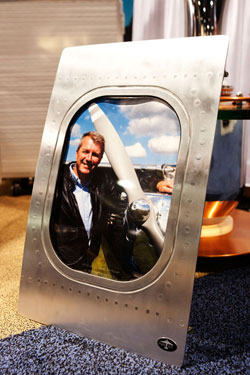 Our first stop was Sunflower Seven, a new company that’s producing all-natural dog treats. Why would a dog treat company come to AOPA Aviation Summit? The owner is an aviation enthusiast and the treats are in the shape of an airplane. They cost between $5 and $15 and have been selling well at the show. “There is obviously a love of dogs here,” said owner Suzanne Cole.

A familiar exhibitor at the summit is Scheyden Precision Eyewear. They brought more than 15 styles that cost between $249 and $465. Scheyden is also running a fantastic deal on its Club Glove range of pilot luggage. The luggage is meant for airline pilots because it’s slim enough to roll down the aisle in coach. But general aviation pilots will like its small profile and multiple, purpose-built pieces. Scheyden is selling a set of three at a special of $299. It can also be embroidered with anything you like.

One of the most eye-catching booths on the convention center floor is Motoart, the company that takes junk pieces of aircraft and turns them into pieces for display in the home or office. Although items such as the DC-8 engine desk run around $10,000, the company does offer more obtainable pieces. One is a section of an airline fuselage that uses the window as a picture frame. The flat satin finish sells for $395, while the polished version sells for $495.

So if you’re looking for a headset or a hangar, you can find it at AOPA Aviation Summit.— Ian J. Twombly