Get the app Get the app
AOPA will be closing at 1:45pm ET on Tuesday, December 6th. We will reopen Wednesday morning at 8:30am ET.
AOPA Members DO more LEARN more SAVE more - Get MORE out of being a pilot - CLICK HERE
News & Media Kings (2)

Kings discuss getting ‘busted by the database’ 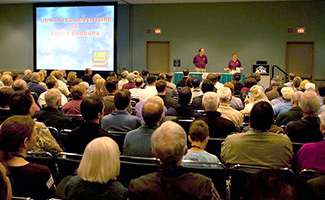 King Schools owners John and Martha King spoke on AOPA Live Nov. 13 about the day they were detained at gunpoint by Santa Barbara police because federal officials thought the Kings' Cessna 172 was stolen. It wasn't, but it did carry the same N number as a Cessna 150 stolen in 2002 from McKinney, Texas.

That aircraft was owned by an airship pilot who later gave the Kings their airship ratings, not realizing their paths would cross once again. For reasons unknown, the FAA continues to re-issue "inactive" N numbers, some of which may belong to stolen aircraft.

The only solution now is to help local police units receive a checklist the Kings made for making aircraft stops, and that's where local airports and AOPA's Airport Support Network comes in. John King said the Santa Barbara police did "a very good job, considering what they had. "—AOPA Publications staff