Get the app Get the app
Already a member? Please login below for an enhanced experience. Not a member? Join today
News & Media Gulfstream expands plant in Savannah 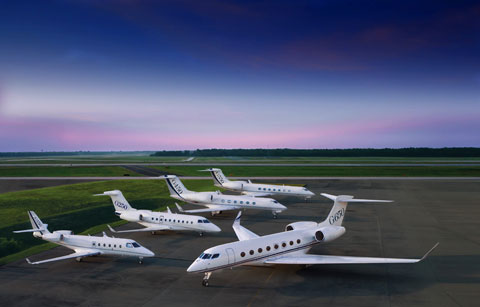 Gulfstream Aerospace is starting a $500 million, seven-year expansion of its Savannah facilities that will add 1,000 jobs to its workforce of 5,500 workers. The business jet industry is in the trough of a recession, but an upturn is coming over the next decade, says Gulfstream President Joe Lombardo.

“We are already beginning to see signs of a modest recovery. In the third quarter of 2010, we booked more orders than we had in any quarter since the downturn began in mid-2008. Furthermore, as flying hours have increased, Gulfstream service centers have enjoyed a significant increase in service volume,” Lombardo said. “This expansion is necessary to meet the projected increase for new business-jet aircraft and the maintenance that will follow.”

Georgia Gov. Sonny Perdue said the expansion would have an effect on not only state and local economies thanks to the additional jobs, but also on construction and service industries as well.

Gulfstream completed a $400 million expansion in 2009 that included the development of the largest general aviation aircraft maintenance facility in the world. Gulfstream hired 1,100 new employees as part of that expansion.