Get the app Get the app
AOPA will be closing at 1:45pm ET on Tuesday, December 6th. We will reopen Wednesday morning at 8:30am ET.
AOPA Members DO more LEARN more SAVE more - Get MORE out of being a pilot - CLICK HERE
News & Media Pilots can aid in search for missing aircraft

Pilots can aid in search for missing aircraft 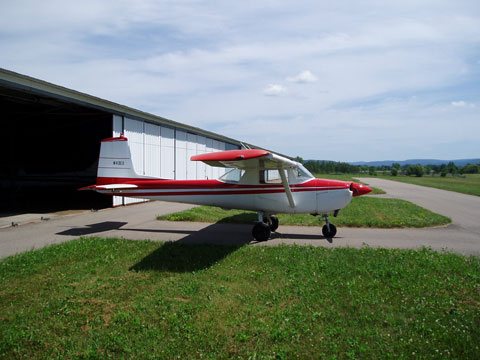 A 1964 Cessna 150 is missing from its hangar at Hornell Municipal Airport in Hornell, N.Y., and presumed stolen. Pilots, aircraft owners, and airport personnel can aid in the search by being on the lookout for the airplane, N43ED, and reporting any sightings to the Steuben County Sheriff's Office at 607/776-7009.

The aircraft was last seen at the airport in late September and was later reported stolen. It is equipped with long-range tanks and a 150-hp engine. The registration number markings are smaller in height than the standard 12 inches, as is seen in some older aircraft. Pilots may notice a larger propeller and non-standard cowling. Also, the aircraft was previously Canadian registered; the Canadian registration numbers were painted over, but the outline may still be visible on the bottom of the wings.

Pilots can always help bolster airport security by keeping an eye out for suspicious behavior and reporting it to 866/GA-SECURE (866/427-3287). AOPA reminds the general aviation community to adhere to the principles of Airport Watch and to consider the use of auxiliary locking devices, such as a throttle lock.