Get the app Get the app
AOPA will be closed July 4th, in observance of the Independence Day holiday. We will reopen at 8:30 am ET on Tuesday, July 5.
News & Media L-3 Trilogy backs up glass cockpits 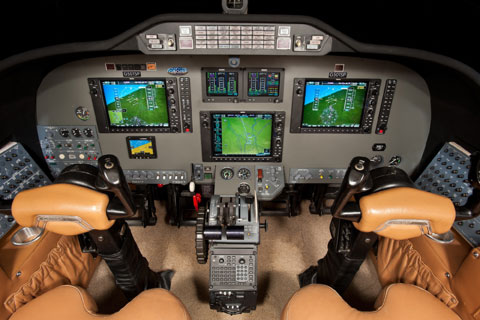 The Trilogy is a 3.7-inch color display that backs up primary flight instruments in a format similar to that used in primary flight displays. In the event that the PFD fails, the pilot can easily transition to the Trilogy display for primary back-up information. The Trilogy ESI-2000 includes a back-up lithium ion battery to keep the display alive even if all other power systems fail.

“Trilogy is more than a secondary source of flight data,” said Larry Riddle, vice president of business development for L-3. “With a mirror image of the primary flight display in the cockpit, pilots can make a smooth transition to this backup in an emergency or quickly spot a mismatch between systems. The ESI-2000 brings all-glass capability, improved safety, and added system redundancy to a wide variety of aircraft.”

In addition to the AML STC, L-3 announced at NBAA that the ESI-2000 will be standard on the PiperJet and the G501SP digital avionics upgrade from Sierra Industries. The G501SP is Sierra’s retrofit of a Garmin G1000 into the Citation 501 series of business jets. There, Trilogy backs up the G1000 suite.

Meanwhile, the Trilogy ESI-1000 is now standard in the Pilatus PC-12 NG with its Honeywell Apex cockpit. The ESI-1000 is the same as the -2000, but without the battery backup.

In other product news, L-3 announced that its popular SkyWatch HP traffic systems will be made compatible with ADS-B. The ADS-B capable SkyWatch SKY899 TAS and SKY899A TCAS-1 are expected to be available in mid-2011.

“Accuracy in collision warning instruments is dependent upon technology. We designed SkyWatch HP to continue to provide high-fidelity traffic information, even as air-to-air and ground-to-air surveillance systems change,” said Riddle. “As ADS-B is progressively rolled out, new and existing SkyWatch HP owners will be able to take full advantage of the service using the same dependable system they know and trust.”

Contributor (former Editor in Chief)
Contributor and former AOPA Editor in Chief Tom Haines joined AOPA in 1988. He owns and flies a Beechcraft A36 Bonanza. Since soloing at 16 and earning a private pilot certificate at 17, he has flown more than 100 models of general aviation airplanes.
Go to Thomas B Haines's Profile
Topics: ADS-B