Get the app Get the app
Already a member? Please login below for an enhanced experience. Not a member? Join today
News & Media NetJets orders 125 Embraer Phenom 300s 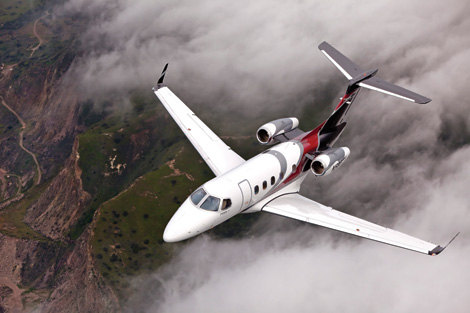 It seemed like 2006 again: Someone orders a fleet of new airplanes and companies celebrate! That’s a scenario we haven’t seen in a few years, but it happened again at the NBAA convention in Atlanta on Oct. 18.

NetJets announced that it had signed an agreement to purchase as many as 125 Phenom 300 business jets from Embraer Aircraft. The deal, which may be worth as much as $1 billion, includes a firm order for 50 Phenom 300 Platinum Editions and options for up to 75 more.

David Sokol, chairman of fractional aircraft provider NetJets, wouldn’t release details about what makes the Platinum Editions special, but acknowledged they mostly dealt with interior configuration and cabin entertainment amenities. NetJets is undergoing a study to determine the best fleet mix for the company over the next 10 years, noting that the company would trim its light cabin fleet down to just two models, including the Phenom 300. Announcements about mid-size and large cabin fleets will roll out over coming years.

As many as 20 percent of the new airplanes will be used in NetJets’ European operation. According to Frederico Fleury Curado, Embraer president and CEO, “This new partnership is both a gratifying achievement for Embraer and a strong endorsement of our executive jets business. We share NetJets’ vision for the promising future of executive aviation and see the Phenom 300 in a strong position to meet the increasingly demanding requirements for comfort, economics, performance, and reliability.”

According to NetJets Senior Vice President Chuck Suma, NetJets made the Phenom 300 decision after extensive research with its customers to understand their transportation needs for the future and their desires around cabin size and amenities.

Phenom 300 deliveries to NetJets are scheduled to begin in 2013 and continue through 2015.