Wings with a purpose 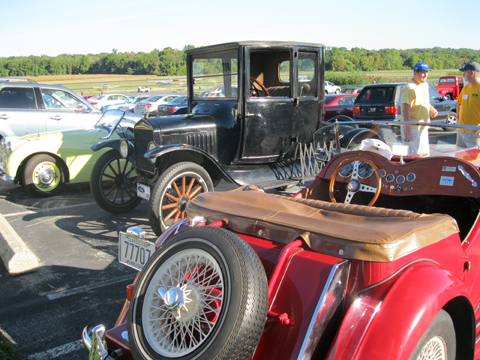 A 1-year-old boy from Greenville, S.C., has enough flight time in general aviation aircraft to earn his pilot certificate, so to speak. The baby, battling retinoblastoma (cancer of the retina), receives regular transportation through Angel Flight East volunteer pilots who fly him between South Carolina and Pennsylvania for treatments.

Theresa Germano, an Angel Flight East volunteer based at Wings Field near Philadelphia, Pa., has transported the child in her Piper Saratoga and said he “gets in and falls asleep.” He should feel comfortable in airplanes—he had been traveling by GA every four weeks for treatments, but that has slowed to every three months.

Once the child’s mother put him on the wing of an aircraft, and he “stood proud as a peacock,” said Bill Gift, Angel Flight East volunteer mission coordinator, adding that the baby even recognizes the pilots who transport him.

The event also featured a hot wings cook-off among five local restaurants as a fundraiser for the nonprofit organization (see “ Wing-off at Wings Field”). Spectators purchased voting tickets and tasted wings for 50 cents apiece. The proceeds were used to help Angel Flight East continue to “facilitate free air transportation to medically and financially distressed families in the community.”

Angel Flight East pilots flew their aircraft in for the event to talk to fellow pilots about their missions and educate the nonflying public about how GA serves communities. Charles Schlumberger, an AOPA and AOPA-Switzerland member who bases his Cessna 340 in Manassas, Va., displayed photos and captions of his missions. Schlumberger manages air transport projects for The World Bank, but when he’s not traveling the world, he has transported premature twins, flown victims of Hurricane Katrina to stay with relatives in the Northeast, evacuated a family from Houston in advance of Hurricane Rita, and airlifted a 5-year-old and his mother from Virginia to New York for medical treatment.

“Behind every mission, of course, is a story,” said Schlumberger, who enjoys transporting children. But for the joys of each volunteer mission, there are some difficult ones as well, he noted. In some cases he has learned that someone he transported died a few days later. Once, he was scheduled to fly a sick patient to attend a wedding, but the person died three days before the flight.

About 425 Angel Flight East volunteer pilots from Maine to Ohio to North Carolina share similar stories. They fly 600 missions each year to help people from 2 months to 80 years old who can’t afford or aren’t able to withstand airline travel. But the pilots don’t dwell on the disappointing missions. They focus on the positives, like the 1-year-old Greenville child who is progressing through his cancer treatments thanks in part to regular GA transportation.