Get the app Get the app
AOPA will be closed July 4th, in observance of the Independence Day holiday. We will reopen at 8:30 am ET on Tuesday, July 5.
News & Media Helicopter demonstrates 250 knots 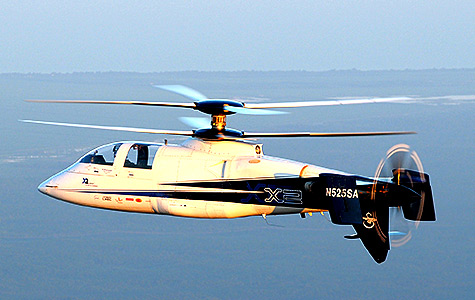 The speed is an unofficial speed record for a helicopter, the company claimed in a statement. The demonstrator also reached 260 knots in a very shallow dive during the flight.

“The aerospace industry today has a new horizon,” said Sikorsky President Jeffrey P. Pino. “The X2 Technology demonstrator continues to prove its potential as a game-changer, and Sikorsky Aircraft is proud to be advancing this innovative technology and to continue our company’s pioneering legacy.”

“Our primary key performance parameter has been met,” said Jim Kagdis, program manager for Sikorsky Advanced Programs. “The 250-knot milestone was established as the goal of the demonstrator from its inception. It’s exciting to imagine how our customers will use this capability.”

The X2 Technology demonstrator is a counter-rotating coaxial rotor helicopter. The program began in 2005.