Get the app Get the app
AOPA will be closed July 4th, in observance of the Independence Day holiday. We will reopen at 8:30 am ET on Tuesday, July 5.
News & Media 1,000 RV-8s 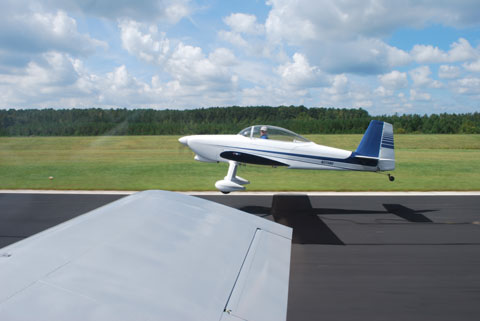 One thousand kit-built RV-8 aircraft have been built and flown, designer Van’s Aircraft has confirmed.

The two-seat, metal sport airplane was designed in 1996 and comes with fixed tailwheel or tricycle landing gear. About 2,000 more RV-8s are under construction, so “new ones should be flying with regularity,” Van’s Aircraft officials said.

More than 6,000 RV designs have been built and flown, and the company expects to surpass 7,000 this year. Designs include the single-seat RV-3, LSA-approved RV-12, and four-seat RV-10.