Get the app Get the app
Already a member? Please login below for an enhanced experience. Not a member? Join today
News & Media Solar Impulse making bolder flights 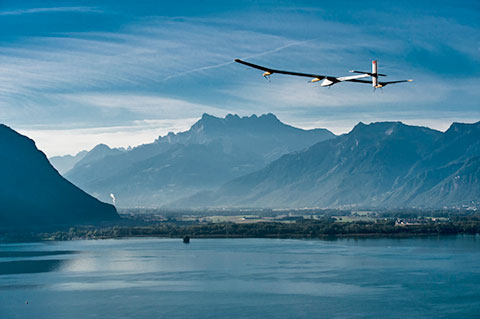 The baby steps taken by the Swiss battery-powered airplane Solar Impulse on its way to a nonstop flight around the world are getting longer. Two cross-country flights were completed recently at speeds of 25 to 29 knots.

The prototype, piloted by André Borschberg, flew from Payerne to Geneva International Airport before returning to its base in Payerne. It then made a second flight to Zurich and back. 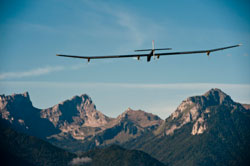 “These flights are just amazing. Thanks to the airplane’s low speed, I was able to discover Switzerland from a completely new angle, fully taking in the beauty of our country,” said André Borschberg, CEO and co-founder of Solar Impulse. He and Bertrand Piccard head the Solar Impulse project.

Piccard, president and initiator of Solar Impulse, is using the project as a learning experience for children. Online lectures are available to schools wishing to take part.

The next major milestones for Solar Impulse are international flights scheduled for next year, the trans-Atlantic flight in 2012, and the circumnavigation of the world in 2013 using a second prototype entering development this fall.