Get the app Get the app
Already a member? Please login below for an enhanced experience. Not a member? Join today
News & Media Philip Handleman to receive award 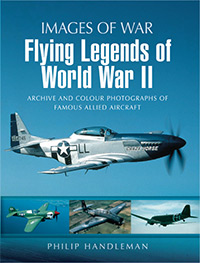 Aviation author and photographer Philip Handleman will receive the $20,000 Combs Gates Award during the upcoming National Business Aviation Association convention in Atlanta Oct. 19. The award was announced by the National Aviation Hall of Fame in Dayton, Ohio.

“I am extremely honored to have been selected to receive the Combs Gates Award,” Handleman said. “My work has been invigorated by fellow pilots, flight crews, mechanics, designers, engineers, and all those in related disciplines who quietly pursue flight’s high calling and thereby link aviation’s rich past with its promising future.”

Handleman, also a photographer, is about to release his twenty-second book, “Flying Legends of World War II,” in January. It is an illustrated compendium of aircraft used during that war. The award is aimed at helping Handleman to complete yet another book, an illustrated history of the first century of American airpower with select works from leading aviation artists.

The 150-page oversize hardcover book will incorporate approximately 120 paintings from a variety of sources and collections. Each section will contain a comprehensive 7,500-word essay pertaining to the respective period’s developments in air power as well as American leadership in air warfare. The book is currently slated for publication in November 2013.

As owner of Handleman Sky Ranch in Birmingham, Mich., he owns and flies two aircraft of military vintage, a Boeing Stearman N2S-3, an open-cockpit biplane primary trainer from WWII, and a Cessna 180H, which has been restored as a U.S. Air Force U-17C.

Inspired by his first flight instructor who was a Tuskegee Airman, Handleman initiated the effort to award the Tuskegee Airmen with the Congressional Gold Medal.