Adam A500 aircraft to rise again 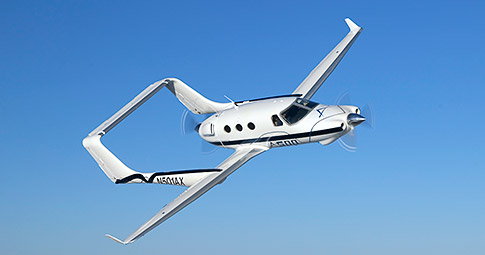 When Adam Aircraft was sold exactly three years ago, the Russian company that bought it for $10 million said it would build the composite seven-seat A700 business jet, but ignore the six-seat A500 twin piston-engine model. Now, a new owner, Triton Aerospace with offices in Anacortes and Burlington, Wash., has reversed the priorities. But there's a twist.

The Russian firm, AAI acquisitions, went broke and sold the tooling, test rigs, plant equipment, aircraft, and a high-temperature curing facility to Triton America, then a real estate development company owned by Bayview Edison Industries. Bayview Edison was founded in 2005 to manufacture pleasure yachts (no longer built due to the recession) and composite tooling for marine and aerospace industries, including Epic and Viper Aircraft.

A new company was created in 2009 for the A500 under the same ownership and was named Triton Aerospace, the current owner of Adam Aircraft assets. All the companies are owned by Thomas Hsueh (pronounced shay), an aerospace engineer. Bayview Edison has become Triton Holdings, with ownership of Triton Aerospace and a new company, Bayview Composites, which makes tooling for large heated wind turbine blades.

Hsueh said when the A500 is seen again, it will be a turboprop, with single- and multiengine models. First, he plans to put the airplane on a diet.

“It is grossly overweight in my opinion,” Hsueh said. He wants to shave 800 pounds off the airplane.

He has not decided to move manufacturing offshore, but once he completes a prototype (or two, since he is concurrently developing the in-line multiengine model), he will do some “soul searching” to see if he can keep manufacturing in the United States. Originally from China, he has lived in the United States most of his life and is a U.S. citizen. Design, development, and certification will be completed in the United States. His boatyard was one of the last to close, and he said he doesn't want to see the same thing happen to aviation, but he may not have a choice. He said that now, even China is getting too expensive for American manufacturers, and Mexico is becoming the first choice due to low labor costs.

The single-engine turboprop model will be a pusher-prop aircraft, with the engine mounted in the rear. “I want a jet nose. It’s really sexy looking,” Hsueh said. At present, he is talking with Pratt and Whitney about engine selection.

A development site has been established in a building at Skagit Regional Airport serving the Burlington and Mount Vernon, Wash., area. It is hoped to produce a prototype in two years, and work has started on the landing gear. While the basic shape of the aircraft will be retained, company owner Hsueh hopes to remove 800 to 1,000 pounds from the aircraft. He owns businesses in China as well as Washington, and recently had three Chinese engineering students at his plant as interns to study the landing gear.

While there is no prototype expected for two years, the schedule could be accelerated with the right facilities and funding. Much of the original Adam equipment is still in shipping containers. A six-person staff is currently working in the leased building at the Skagit Regional Airport to set up manufacturing facilities.