Get the app Get the app
Already a member? Please login below for an enhanced experience. Not a member? Join today
News & Media The deal on CJs

The deal on CJs

Everything you need to know about pre-owned CJs

The Cessna model 525 CitationJet, first delivered in 1993, was a fresh design that replaced the venerable Citation I in the single-pilot, entry level jet niche. The "CJ" was an immediate success and became the foundation for Cessna’s light-jet line. In today’s market conditions, buyers can pick up a five- to 10-year-old, like-new, single-pilot "legacy" CitationJet CJ1 or CJ2 for roughly half the price of the equivalent 525 from the current line.

An accurate estimate of maintenance costs is not only important for planning; it can also be used for negotiating a used-aircraft purchase. 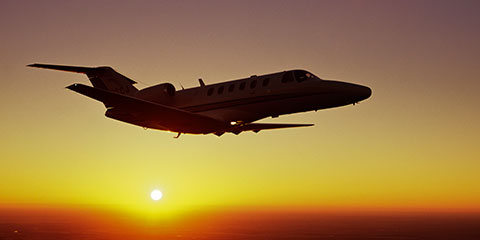 The Cessna model 525 CitationJet, first delivered in 1993, was a fresh design that replaced the venerable Citation I in the single-pilot, entry level jet niche. The "CJ" was an immediate success and became the foundation for Cessna’s light-jet line. In today’s market conditions, buyers can pick up a five- to 10-year-old, like-new, single-pilot "legacy" CitationJet CJ1 or CJ2 for roughly half the price of the equivalent 525 from the current line.

The 359 original CitationJets made between 1993 and 1999 came standard with an all-Honeywell cockpit. The panel featured an SPZ-5000 two-screen electronic flight instrument system (EFIS) and autopilot, Silver Crown radios, and color weather radar. Buyers could choose between a KLN-900 GPS and GNS-XSc flight management system (FMS). Other options included the “big battery” (44 amp-hour NiCad versus 25 amp-hour) and the “big bottle” (a 50-cubic-foot oxygen bottle versus 22).

Cessna started delivering the second-generation CJ1 and stretched CJ2 in 1999 and 2000. The CJ2’s 33-inch longer cabin permitted an additional row of seats, allowing nine passengers plus a single pilot. Cessna built 202 CJ1s and 244 CJs before production switched to the CJ1+ and CJ2+ in 2006. 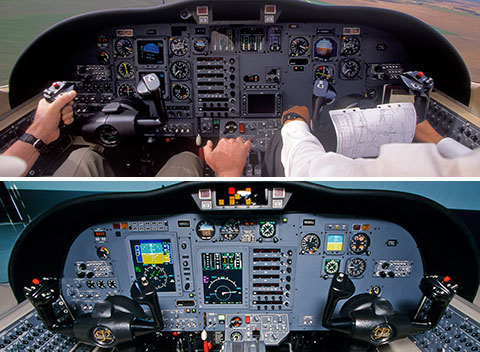 CJ cockpits came with Honeywell avionics suites, vertical-tape engine gauges, and a good complement of round gauges (top). CJ1s and CJ2s, however, got a panel upgrade in the form of Rockwell Collins’ Pro Line 21 avionics (bottom), which could be ordered in two- and three-screen versions. 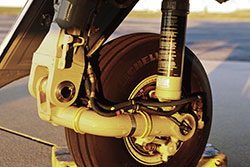 CJs all use trailing-link landing gear, which make for better shock absorption on those firm arrivals, and all-around smoother landings.

The 525s employ a sensible evolution of tried-and-true systems, so these reliable airplanes should not present unpleasant surprises. Some smart evolutionary design choices include replacement of the Citation I’s air cycle machine with a reliable electric vapor-cycle air conditioning system (eliminating the need for a ground precooling system); the redesigned tail section features a huge baggage area with easy access to the battery compartment and engine fire bottles for preflighting; and “hot wing” anti-icing replaces deice boots.

The CJ series are the first Citations that incorporate a “ground flaps” flap position for use after touchdown. Ground flaps give you a new, 60-degree flaps position that provides additional drag and lift-dumping, and automatically extends the speedbrakes. To help control the high idle thrust of the Williams International FJ44 engines and further improve landing distance, Cessna also developed a thrust attenuator system that incorporates a small hydraulic-actuated “paddle” aft of each engine; the attenuators deploy to deflect each engine’s exhaust stream sideways when weight is on the wheels and the throttles are at the idle stop. 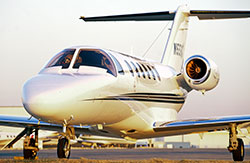 Since they are made from such proven components, the CJs have had very few in-service issues. The FJ44 engines had some teething issues with bearings and high-pressure turbine failures, but those were corrected. An airworthiness directive resulting from a runaway pitch trim incident rectified any further problems with that system. Also, shortly after the CJ2’s entry into service, there was a rash of off-runway incidents resulting from pilot misunderstanding of the CJ2’s brake system. The high-powered brakes, tweaked to maintain short landing distances at greater weight, were designed to release momentarily when first applied at high speeds to prevent skidding. This modulation gave pilots the sensation that the brakes were failing, leading to panic and improper inputs.

While early straight-wing Citations (frequently nicknamed “Slowtations”) are not known as speed kings, the CJs make up for it by offering stellar handling and short-field performance. In fact, the most remarkable thing about CJ handling is how unremarkable it is. Despite the T-tail design, a stick pusher is not required for stall recovery, and even the CitationJet and CJ1 have enough excess thrust to power out of most stalls. Normal rudder authority is adequate for all single-engine work, so rudder boost is not required. 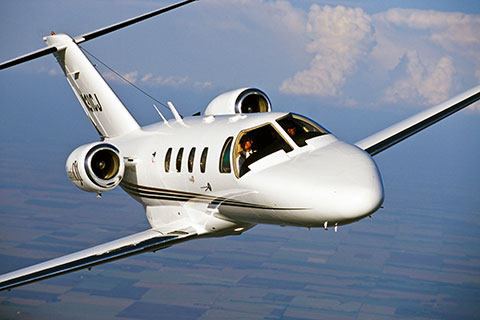 The CJ had its first flight in April 1991. Its new supercritical laminar flow wing and T-tail distinguished it from its Citation and Citation I predecessors, as did its dropped center aisle. However, the CJ’s fuselage was 11 inches shorter than that of the Citation I.

With five occupants and max available fuel, a CitationJet posts a take-off field length of 3,080 feet at sea level and 15 degrees C, or 5,710 feet at 5,000 feet msl and 25 degrees C. It can then fly just over 1,100 nautical miles (in zero wind) at a high-speed cruise of 377 KTAS and land in 2,465 feet with NBAA reserves. Because of its gross weight increase, a CJ1 departing at MTOW will post slightly higher numbers. Operators with frequent coast-to-coast missions may be frustrated that the range of the CJ and CJ1 falls just short of one-stop westbound trips. 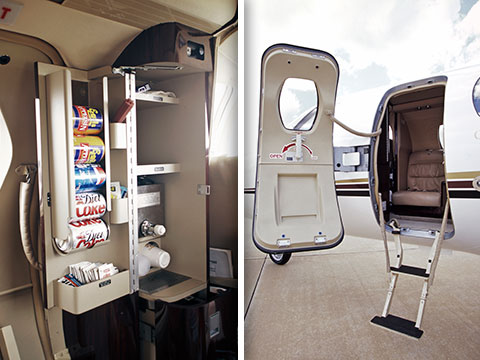 CJ2 cabins were the longest of the legacy CJs (below), and could accommodate an extra row of seats as well as an aft lavatory—complete with belted potty seat (not shown). All CJs feature drop-down, ladder-style entry stairs and small refreshment centers (above). 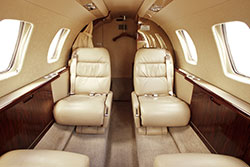 Legacy 525-series airplanes remain economical, and inventory is plentiful. Desirable CitationJets can be had for about $1.5 million. CJ1s sell for $1.8 million to $2.6 million, while CJ2s can be found in the $3 million to $4 million range. Buyers willing to live without the latest and greatest features, such as WAAS and RNP approach capability or FADEC-equipped engines can purchase these otherwise young and capable airplanes at deep discounts.

Furthermore, a qualified completions shop can produce a preowned jet with all the fit and finish of a new airplane. For example, a typical shop can repaint a CJ2 in a custom paint scheme for $57,000 or fit an all-new interior for $200,000.

Cessna’s first- and second-generation CJs, while not exceptional in speed and range, are comfortable, reliable, and economical workhorses. If you are looking to upgrade your aircraft, you could do much worse for $3 million to $4 million.