Get the app Get the app
AOPA will be closing at 2:30 pm ET on Friday, May 27, 2022, in observance of Memorial Day. We will reopen at 8:30 am ET on Tueday, May 31, 2022.
Already a member? Please login below for an enhanced experience. Not a member? Join today
News & Media Cessna CEO Pelton retires 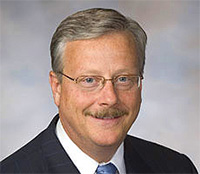 Pelton started working at Cessna in 2000. In 2003, he became president and CEO; in 2005, he was named chairman, Textron said. A search for a successor is under way, but until one is selected, Textron Chairman and CEO Scott C. Donnelly will run Cessna, the company said.

“Jack Pelton has been an exceptional leader for and friend to the entire general aviation community,” AOPA President Craig Fuller said. “I am certain that he will continue to be a powerful advocate for GA and look forward to future opportunities to work together.”

Pelton supported AOPA’s “Rally GA” campaign, writing in the January 2010 turbine edition of AOPA Pilot , “General aviation must defend its role in the transportation system and the world’s economy, it must catch up with innovations in technology, and it must grow by solving the problem of the dwindling pilot population, for example. In all three areas it’s important that we unite as a community and work well with others, from the airlines to federal agencies to elected officials on every level.”

Pelton has been a strong leader in the aviation industry. In 2010, U.S. Transportation Secretary Ray LaHood appointed him to the department’s Future of Aviation advisory committee. LaHood traveled to Wichita, Kan., for a general aviation rally and toured many of the manufacturing companies, including Cessna. Pelton also has spoken out against user fees for years and encouraged the aviation industry to be proactive in addressing the environmental issues it faces. Most recently, Pelton joined aviation leaders at the U.S. Chamber of Commerce Aviation Summit to call for greater leadership from President Barack Obama in the aviation industry.

"Under Jack's leadership, Cessna achieved many significant program and product milestones and strengthened its position as a thought leader in the aviation industry,” Donnelly said in a press release. “We appreciate Jack's efforts and wish him the best in his future endeavors."

Under Pelton’s leadership at Cessna, the company became the first to offer an FAA fully certified very light jet—the Cessna Mustang. At the other end of the aviation market, Cessna also announced its Skycatcher light sport aircraft during Pelton’s tenure.

General aviation aircraft manufacturers were hit hard by the recession, and Cessna was no different; Cessna slowed production and went through several rounds of layoffs in 2009 and 2010 as customers canceled and deferred orders. The company also faced growing competition from Embraer, whose successes in the business jet market have sometimes come at the expense of Cessna’s Mustang and smaller Citation CJ products. Donnelly said in January that Cessna is focusing research on the mid-size jet market because of competition from the Brazilian company. Textron predicted improvement in sales for 2011, but Cessna recently reported an operating loss for the first quarter.