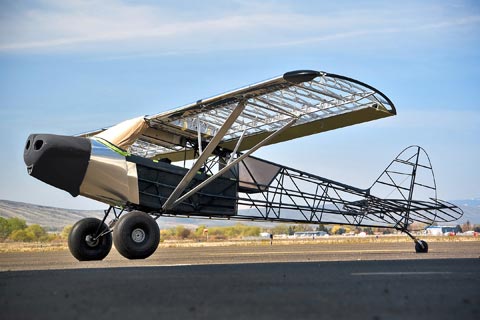 By far, the more popular light sport model of the CubCrafters Cub is the Carbon Cub model, trouncing sales of the company’s Sport Cub S2 by 80 Carbon Cub sales to one Sport Cub sale. Now, the FAA has listed the Carbon Cub as a kit requiring the owner to do 51 percent of the work. That formality eases inspections of future completed Cubs. The completed aircraft will cost about $120,000 and require 900 to 1,500 hours to build.

The airplane is sold in three kits, each costing $21,660, and all are required to complete the aircraft. They include a wing, fuselage, and finish kit. There are, in addition, panel kits starting at $14,990, engine kits starting at $21,990, and firewall forward kits to connect the engine costing $8,490.

The action by the FAA is not a formal approval but a recognition that 51 percent of the aircraft is completed by the owner—a requirement for kitbuilt aircraft. Previously, an FAA inspector has had to determine through a time-consuming process that 51 percent was built by the owner. The kit has been sold for three years.

The aircraft has to be exceptionally light to meet light sport aircraft weight limits of 1,320 pounds. That means the 180-horsepower engine gives the light aircraft remarkable performance for takeoff and climbing. The kit version can be certified at 1,320 pounds, the weight limit for pilots having the sport pilot certificate, or at the tested gross weight of 1,865 pounds for private pilots and above.

The company also makes the FAA-certified Top Cub that has a useful load of 1,000 pounds for pilots with private and higher certificates.