As a fairly new pilot with 120 hours, I was very excited about an upcoming flight from my home airport in Blue Ash, Ohio, to my favorite vacation spot: Traverse City, Michigan. I was looking forward to the opportunity to fly this trip during the fall color season.

As a fairly new pilot with 120 hours, I was very excited about an upcoming flight from my home airport in Blue Ash, Ohio, to my favorite vacation spot: Traverse City, Michigan. I was looking forward to the opportunity to fly this trip during the fall color season.

I spent a great deal of time flight-planning my route, checking with flight service to make sure I had the current notams, and reviewing the weather.
The evening before the flight, everything looked great. The weather forecast for the morning along the entire route was perfect with high ceilings and unlimited visibility.

The morning of the flight I called the FBO and asked them to take the Piper Archer out of the hangar and top off the tanks. To my surprise the FBO informed me the airplane was out of service for minor mechanical issues. Another Archer was available with a basic VFR panel—a single nav/com and no autopilot or wing leveler.

I quickly checked the weather with flight service and heard that the route was still VFR all the way, but the forecast for Traverse City now included a note stating “a chance of light showers with ceilings of 4,500 feet and scattered clouds at 3,000 feet.”

Listen to this month's "Never Again" story: A murky Michigan trip. Download the mp3 file or download the iTunes podcast.

I performed a very detailed preflight on the airplane and departed Blue Ash under clear skies. As I climbed to 4,500 feet msl I was amazed by the beauty of the fall colors. I had a VFR sectional on my knee and was tracking my progress via my flight plan toward the Dayton VOR.

Everything progressed smoothly as I crossed western Ohio and northeastern Indiana. As I entered Michigan, I began to notice that the ceilings were getting lower. I contacted flight watch at Lansing. Lansing was 10,000 overcast with unlimited visibility, and Traverse City was 7,500 scattered with 10 miles visibility. They reiterated that Traverse City had the chance of light rain showers and ceilings of 3,000 feet.

I continued on past Lansing and into northern Michigan. Farther north I noticed the ceilings were continuing to lower and get thicker. As I progressed toward Cadillac I descended to 3,000 feet msl. Passing Cadillac, I descended to 2,500 feet msl to stay 500 feet below the cloud deck.

About 10 miles beyond Cadillac it started to rain lightly but quickly turned to moderate and then heavy showers. I turned 180 degrees and started back toward the Cadillac airport. Unfortunately the weather behind me was even worse. I quickly remembered the three hours of instrument training—which had been conducted in actual IMC—and eight hours of night training my instructor had insisted I take before he would sign me off for the private pilot checkride. I focused on scanning the four primary instruments and made sure I had the airplane straight and level. I then contacted Minneapolis Center.

After providing me with a transponder code, they advised me that the present and forecast conditions for all airports within 100 miles of my location were IFR or going to IFR. I could either attempt to reach Traverse City VFR on my own or climb to 3,000 feet and receive radar vectors for an approach to Traverse City. Since there are numerous TV and radio towers south of Traverse City I decided that scud running was not a good option.

As I climbed into the clouds I was pretty terrified, but tried to remain focused on my instrument scan and was somewhat amazed that I could keep the airplane climbing and on course. As I dialed the ILS frequency into the one nav/com, the approach quickly turned into a localizer approach to Runway 28. Minneapolis Center handed me off to the Traverse City tower and advised me that Traverse City was now 1,000 overcast with three miles visibility and rain.

I centered the needle on the localizer, began slowing down, and descended from 3,000 feet to the minimum descent altitude of 1,360 feet. For several minutes it seemed like I would never see the ground, but at 1,600 feet I broke out of the clouds, and there in front of me was a 6,500-foot runway. I made a respectable landing and taxied to the GA ramp fully expecting to be called to the tower to explain my situation, but no such call ever came. Two days later I flew back to Blue Ash in perfect VFR conditions. I began instrument training the next day.

I now see there were several major warning signs I chose to ignore. The first was to accept an aircraft that was only VFR equipped. An IFR-equipped aircraft provides you significantly more options even when flying VFR. My second mistake was not to discuss the weather changes in more detail with flight watch. If I had done so, I would have been aware of the significant decrease in barometric pressure occurring over northern Michigan. My last mistake was continuing on when I first noticed the ceilings were dropping.

Fortunately I had taken flight instruction from an individual who believed in training even a basic VFR student in some real IFR and night conditions. That training proved invaluable. 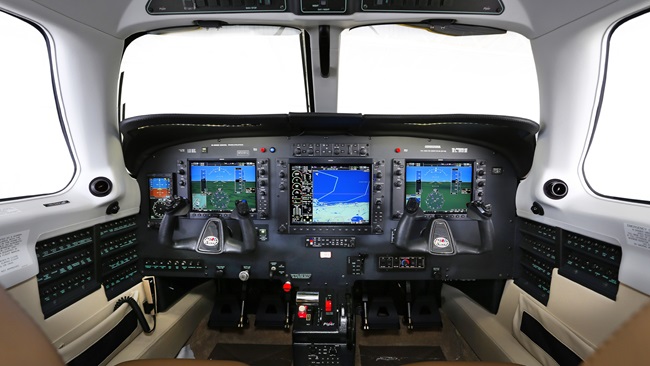 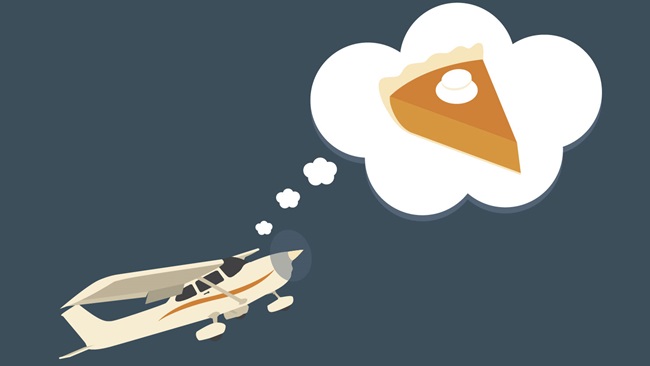