Get the app Get the app
AOPA Members DO more LEARN more SAVE more - Get MORE out of being a pilot - CLICK HERE
News & Media A diagnosis, a reclaimed dream

A diagnosis, a reclaimed dream 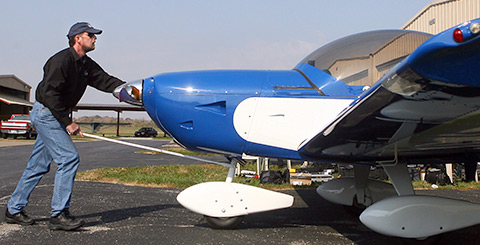 When he got the diagnosis, it felt like his life had turned upside down. As an aeronautical engineer at McDonnell Douglas Corp. (now The Boeing Co.) and a private pilot, Timothy Garrett had been living his lifelong dream, but multiple sclerosis could take all that away: The doctor told him to prepare because he would probably be in a wheelchair in 10 years, Garrett recalled.

More than 22 years later, Garrett is flying an airplane he built and sharing his story of hope with other MS patients across the country. When new treatments became available for MS, Garrett found one that helped him bring control back into his life and slowed the progression of the disease. He returned to flying in 1992 with a special issuance medical certificate and finished building a Zenith airplane in 2006. Since then, “I’ve been flying like crazy,” he said. 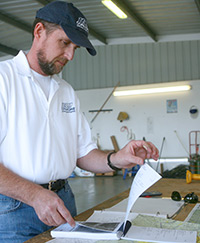 Garrett speaks to groups of patients around the nation about how people with MS can do amazing things—to “get the word out that life is not over,” he said—through Team Copaxone, a group of MS patients who lead active lives and have achieved their dreams, from barrel racing to mountain climbing. Sometimes he gives his talks at airports where he can show the audience his Zenith.

“Look at this beautiful little airplane,” he said he tells patients at the programs. “A person with multiple sclerosis built this.” He encourages other patients to pursue their dreams, large or small.

Garrett grew up on an Air Force base and made model airplanes as a child; he said he always knew he wanted to design aircraft. When he was diagnosed with multiple sclerosis, he worried most about the potential effects on his cognition. The chronic disease of the central nervous system may have a variety of physical symptoms, but Garrett said the thought of losing the creativity that was so critical to his career designing advanced aircraft scared him most.

“If I lost that, my career would really be lost, would be changed,” he said.

Fortunately, Garrett didn’t experience the cognitive symptoms he feared, and he found a treatment that helped him. (Though there is no known cure for MS, some treatments may slow the progression of the disease, control symptoms, and help improve quality of life.) Then he started digging into the regulations to see if he could return to the air.

MS often follows a relapsing-remitting pattern, where a patient has periods with reduced or no symptoms between episodes. With this form of the disease and a treatment that helped slow its progression, Garrett was a strong candidate for a special issuance medical authorization. Plus, he could judge when he wasn’t feeling well enough to fly. The flight physician at McDonnell Douglas told him he thought he could do it, Garrett explained, and after a year of working with the FAA he received the authorization letter in the mail.

“It’s emotional,” Garrett said. “It’s like somebody has taken something away from you, and you got it back.”

Years later, Garrett set his sight on a second, complementary dream: to build his own aircraft. He started work on a Zenith Zodiac 601 XL kitplane in 2001. Starting with a rudder workshop to jump-start the process, he continued for five years, doing most of the work himself. His father, a retired Air Force electrician, helped with the electrical system, and his mother, a quilter, helped with the upholstery. On the day before Thanksgiving in 2006, he took the airplane up for its first flight.

“That was a really emotional, powerful day,” he said. When Garrett arrived in Oshkosh, Wis., for EAA AirVenture in July in the blue-and-white Zenith, he said he had racked up more than 300 hours in it.

Garrett is passionate about sharing his story because he wants other MS patients to know that they don’t have to give up on their dreams. A handful of therapies for MS are now FAA approved, paving the way for patients with well-controlled symptoms to get a special issuance medical certificate. Now, 130 people with MS have third class medical certificates, 50 have second-class medicals, and 112 have first-class medicals. And while not every MS patient will become a pilot, Garrett said he wants people with MS to understand that there’s hope—and that pursuing their dream, whatever it may be, can improve their lives.

“I believe in the power of dreams,” he said. “The power of something to motivate you makes your life that much better.” 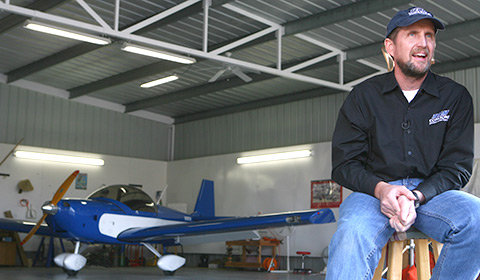