Get the app Get the app
AOPA Members DO more LEARN more SAVE more - Get MORE out of being a pilot - CLICK HERE
News & Media Budget Buy: Drag your tail cheaply

The Cessna 120 and 140 are bargains by any measure

"Having a great-looking, inexpensive classic tailwheel airplane in your hangar ready whenever you want to take it out and exercise it is something special."

It doesn’t do anything great, but it does everything well. If there’s one way to sum up the Cessna 120/140, this is it. It’s neither slow nor fast; it’s not downright cheap, but it is quite inexpensive; it does well on a cross-country, but you’ll want to get out and stretch your legs; and it behaves quite nicely on takeoff and landing, but it is a tailwheel.

The reason for the general middle-of-the-roadness was no doubt intentional. In designing the first 120 and 140, Cessna was looking to tap into the extensive market that was assumed to be coming post-World War II. By making the 120/140 inexpensive, relatively easy to fly, and generally average, it broadened the appeal and opened up the market. Clearly it must have worked, as more than 7,500 airplanes were produced between 1946 and 1951.

In many ways, the 120/140 put Cessna on the map. The company had produced racing airplanes, early transport aircraft, and even twin models, but it was the metal-fuselage 120/140 that launched Cessna as the company we know today.

At its most basic, the 120 and 140 vary on three points—the 140 has flaps, a back window, and an electrical system. The ashtray was, thankfully, standard on both. Both models were sold simultaneously, contrary to custom, which would say that the 140 was a later, more superior model. Instead, compare it to trim levels available on a car, not a new model entirely. In fact, just like a car, Cessna offered upgrades to the 120 that made it almost the same thing as a 140—although, according to the International Cessna 120/140 Association, none was ever built to this specification. 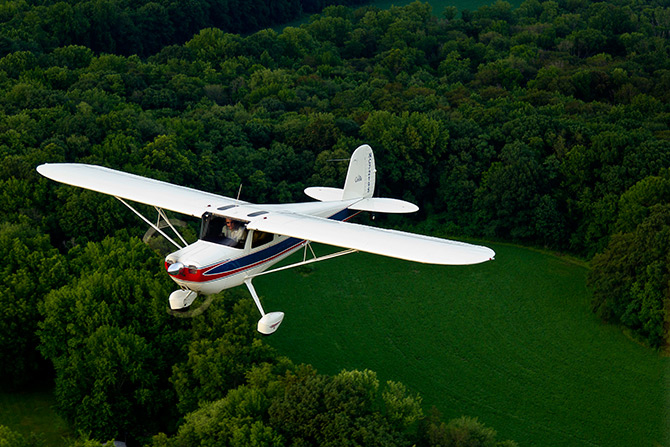 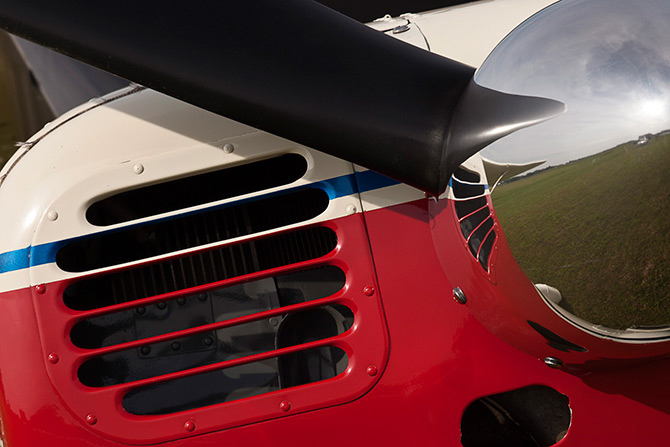 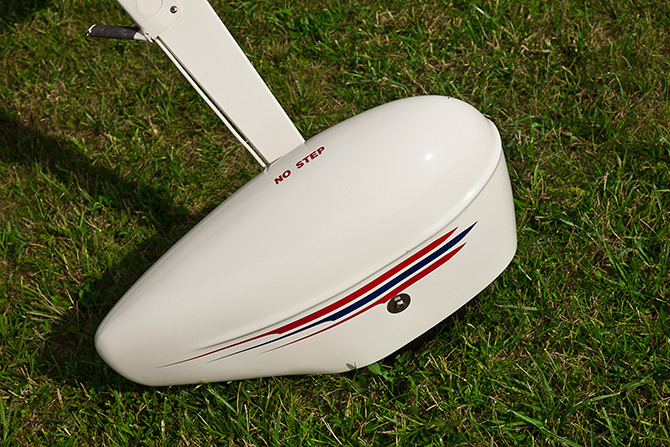 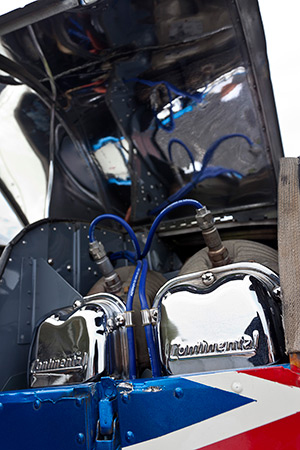 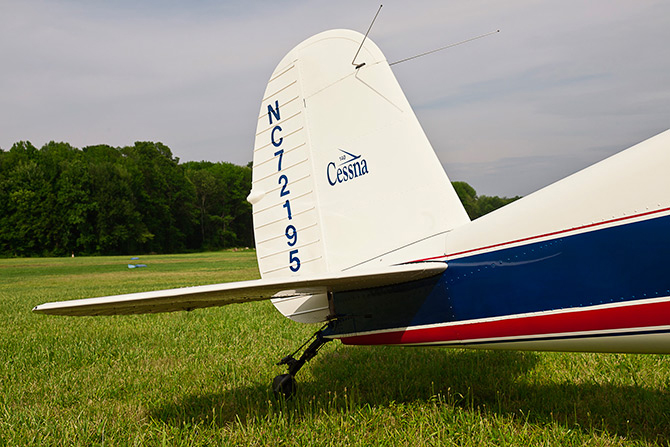 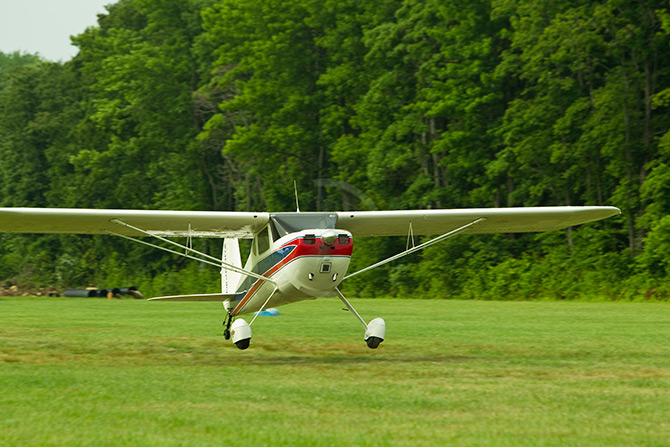 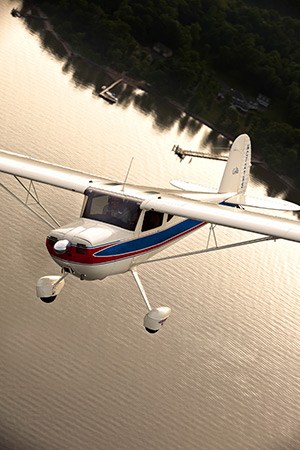 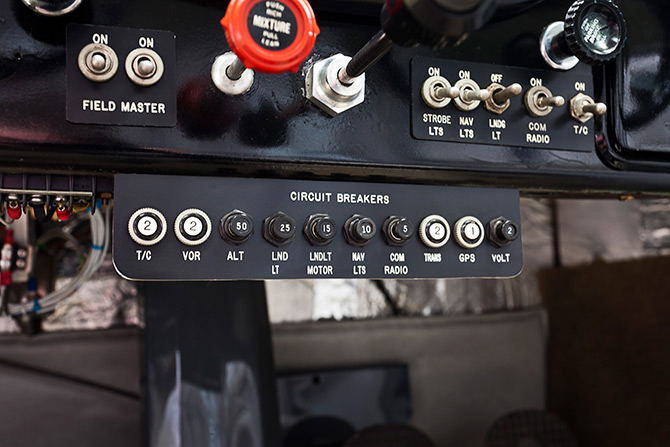 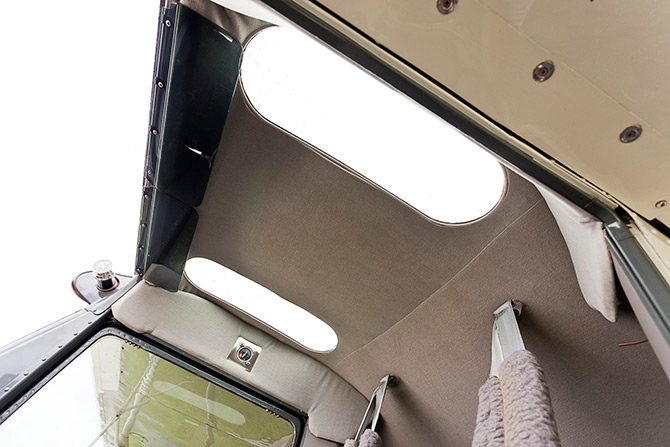 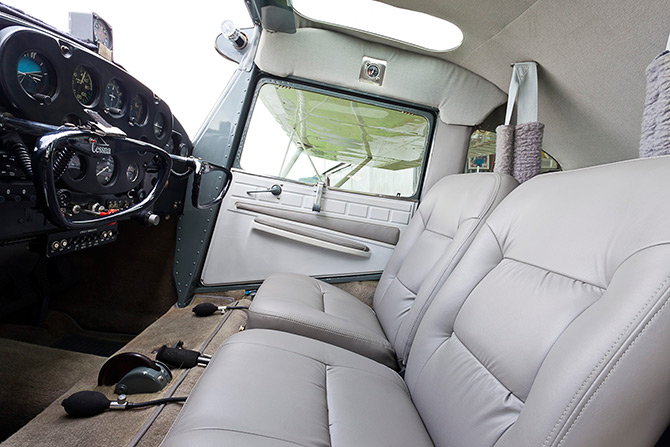 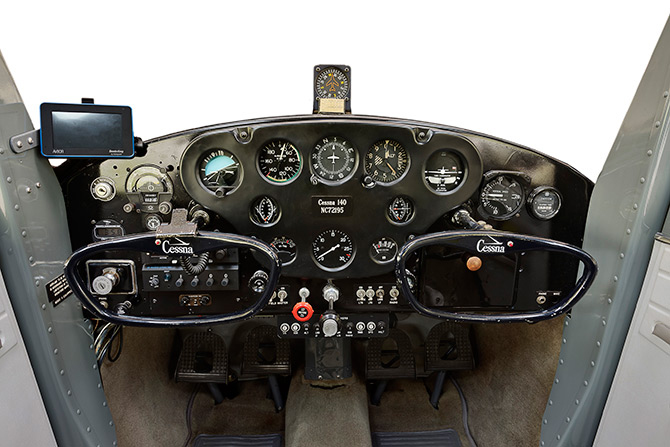 Today, most 120s have been modified with the addition of an electrical system, and many have back windows. So it could be that flaps will be the only thing distinguishing the 120s from the 140s you’ll see on the market.

Other model changes over the years include new seats, piano keys instead of switches on the panel, cabin air vents, a change in how the flaps are operated, new yokes, redesigned exhaust, the sweep of the landing gear, redesigned cowling, and a bigger engine. The original airplanes were offered with a Continental C-85 rated at 85 horsepower. In 1948, Cessna began offering a C-90 with 90 horsepower for the 140. The type certificate also makes note of allowing a Lycoming O-235, although that appears to be more of an aftermarket option than one that came from the factory.

Many of the aircraft on the market today have the C-85, C-90, or the O-200 conversion. The O-200 conversion offers 100 horsepower, which is a welcome addition to the airplane. Howdy McCann, the owner of the exquisite 140 we flew for this report, says the O-200 is “the best conversion you can do to the 140.” An O-320 conversion is available, but uncommon, probably because they are roughly 100 pounds heavier than the O-200 and burn a lot more gas.

McCann’s 1946 140 is one of the nicest examples you’ll ever see. He has owned his for 35 years, which is a testament both to his love for the airplane and its capabilities. In that time he has done just about every conceivable retrofit, at the same time making sure the airplane still fits the period. Don’t expect to see a glass cockpit, in other words.

McCann’s airplane has metal wings, thanks to a long-ago conversion. They add 50 pounds to the empty weight, but maintenance is obviously not an issue as it is with fabric. He’s put in a few panel upgrades, including a vertical card compass, a new attitude indicator, an electric turn coordinator, and a new circuit breaker panel. He also added shoulder harnesses, repainted the airplane himself, put on a lightweight starter and alternator, and retrofitted the seats, adding three inches of leg room.

“I pick one part of the airplane each year to look closely at,” he says. This could be the engine, the wings, the tail, and so on. McCann estimates he spends $500 a year on his owner-assisted annuals.

McCann’s problems have been relatively minor, including a leaking fuel tank. Corrosion should be a major focus for any prepurchase inspection. He says it can occur on the step-attach point on the strut, as well as in the hat section spar carry through. This spot, in particular, can be tricky. A wing has to come off to check it properly, and fixes are available. Apparently that area is water-tight, except in certain instances where a shoulder harness has been added with a bolt through the top of the skin. Airworthiness directives include inspection and possible replacement of the rod end bearing on the strut that holds the wing on, the elevator hinge-attach point, and the aileron hinge-attach point.

Thankfully, if there is a problem, parts are readily available. Although Cessna still makes some parts, Univair is McCann’s preferred source. This is always a concern with old airplanes, but with thousands of 120/140s still flying, parts won’t go away anytime soon. And for emotional support, the International Cessna 120/140 Association is a first-class resource. The group offers all kinds of help, organizes fly-ins, and even holds the record for the largest single-type mass arrival into Oshkosh. That’s saying something for a 100-knot airplane.

If you’ve flown a Cessna 150 or 152 you know exactly what it’s like flying a 120/140, with the obvious exception of the tailwheel. In fact, it’s fitting to think of the 120/140 as a more fun version of the 150/152. The climb performance in warmer weather and with two people on board is pretty anemic, although 500 feet per minute is possible. The airplane settles in to cruise around 100 knots, give or take a few depending on power setting, altitude, and temperature.

Like the 150/152, the 120/140 is not what you would call a tight or maneuverable airplane. It’s rather lazy, requiring large control inputs for relatively small changes, especially in roll. Given the tight confines of the cabin and the large, half-moon yoke, that can be frustrating at times. The airplane has a classic car feel, meaning you want to open the window, rest your arm on the ledge, and grab on to that big wheel. But with someone else next to you, it’s more like trying to fly in a straitjacket, unless you want to start throwing elbows at your passenger.

The challenge in flying the 120/140 is all centered on ground operations. As tailwheel airplanes go, this one is fairly benign. But there are things to be aware of. For one, the brakes are strong enough to stop a DC–3. More than a few 120/140s have nosed over, probably because the brakes are extremely effective. In fact, Cessna developed a gear extender specifically to address the problem early in the production run. Takeoffs and landings are simple, once you confront and accept the power limitations. Try to force it off early, and the takeoff run goes on forever. The tail comes up at 40 mph, wheels leave the ground at 60 mph, and it climbs nicely at about 81 mph.

Landings are gentle and predictable. Settle in at about 75 mph on final, hold it off, and three-point landings are nothing to worry about. Visibility is excellent over the nose, meaning there are plenty of visual cues to help guide you in the flare. One thing that takes a little getting used to is the flaps. Initially they were a twist grip. You have to pull up and twist the handle to lock them into place. Later varieties incorporated a push-button style. The flaps make little difference in either drag or visibility, so leaving them alone is always an option. McCann uses them regularly, but he is operating off shorter runways.

Perhaps the best attribute of the 120/140 is the price—you can pick one up for anywhere between $10,000 for a basket case to $30,000 for a showpiece. A typical airplane will be around $19,000 to $23,000. For those looking to do some inexpensive flying, or get into a classic tailwheel airplane, this price can’t be beat. When you consider the speed, low cost of operation, metal skin, and electrical system, it’s quite a bargain.

Insurance is not hard to come by, but rates could be slightly higher for those new to tailwheels. McCann’s been flying this airplane for 35 years, and he pays less than $500 a year on a $25,000 hull value.

The 120/140 will not blow anyone’s mind in terms of performance or comfort. But having a great-looking, inexpensive classic tailwheel airplane in your hangar ready whenever you want to take it out and exercise it is something special. And that makes it worthy of serious consideration for the perfect inexpensive weekend airplane.

Email the author at [email protected] .