Get the app Get the app
Get the latest news on coronavirus impacts on general aviation, including what AOPA is doing to protect GA, event cancellations, advice for pilots to protect themselves, and more. Read More
Already a member? Please login below for an enhanced experience. Not a member? Join today
News & Videos Carrier landings to air strikes

The standing ovation that was given to the panel of Naval aviators who regaled a sold-out crowd at the AOPA Aviation Summit Luncheon on Sept. 23 was indicative of the powerful stories and inspiration told at the event. 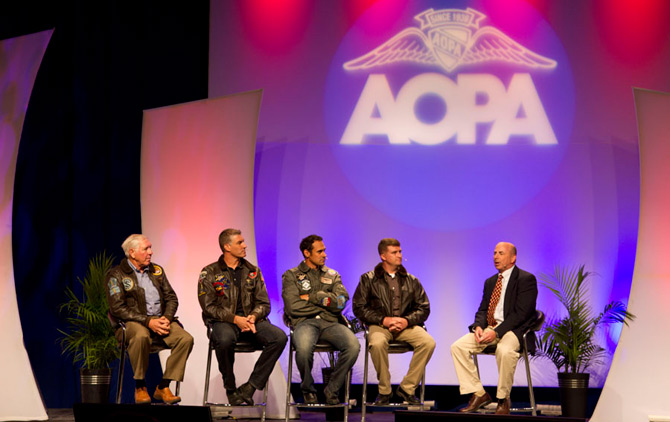 “It’s the sequel,” Chierici quipped when asked about the resemblance of his film to the movie ‘Top Gun.’ “I wanted to tell the ‘real’ Top Gun story.” 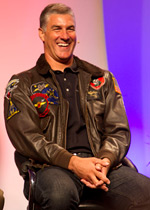 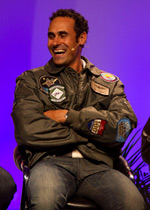 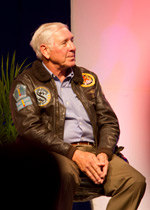 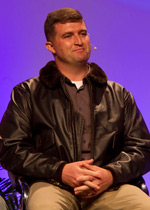 One of Consalvi’s first missions in Iraq after completing his training was recorded on video that was played during the luncheon. The clip shows Consalvi facing his first real-life combat experience as he attempts to line up an air strike close to U.S. ground troops while being targeted by enemy ground fire.

“To pick out one spot, to find the place and pick out the good guys from the bad guys, that was tough,” he said. Was it a success? “I’m here,” he smiled, adding that the strike was effective.

Glinsky was on the first V-22 Osprey deployment to Afghanistan. He said its first forays showed the capability of the new aircraft to commanding officers who realized it could get them to all the places they needed to get to and recognized its value as an “altitude sanctuary.”

All of the Navy aviators on the panel are general aviation pilots. Ewing says he enjoys GA’s small airports, especially the loaner cars—“It’s always exciting to see what they’ll give you,” he joked. He also says he enjoys GA because “I don’t have to take my shoes off—unless I want to.”

Chierici admitted that he hadn’t really cared for any aviation except what he experienced in the Navy until he retired. Now he flies his family in his Mooney to “wonderful places.”

Hirschman said Consalvi was at home in an airplane before he made it home from the hospital as a newborn—he made the trip back in a Cessna 172. Today he owns a Stearman. “Everyone else was buying houses” when they returned to the United States after a tour of duty, Consalvi said. “I bought a Stearman. I think I made the better choice.”

Glinsky has a Cherokee 180 that he uses to provide low-cost flight instruction to fellow Marines. He won the AOPA Let’s Go Flying award last year for volunteering to teach aviation ground school to Marines in Afghanistan. Two of his students have earned their private pilot certificates. 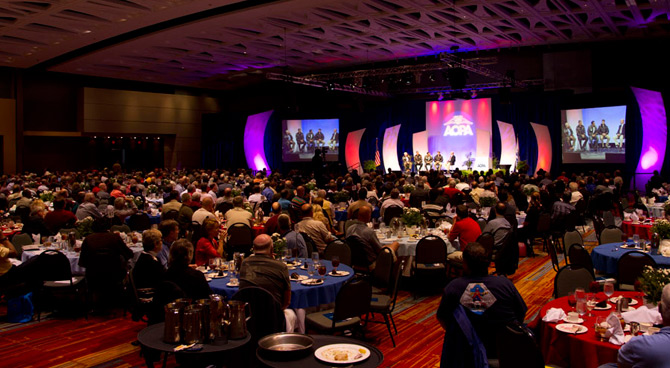