Get the app Get the app
AOPA Members DO more LEARN more SAVE more - Get MORE out of being a pilot - CLICK HERE
News & Media Products: A range of rescue devices

Products: A range of rescue devices

The key to surviving the ordeal of a crash or off-airport landing is making sure someone knows you are missing--and where to start looking for you. Numerous devices are available on the market to help.

The key to surviving the ordeal of a crash or off-airport landing is making sure someone knows you are missing—and where to start looking for you. Numerous devices are available on the market to help. They range from expensive and installed on the airplane to cheap and handheld. Although the range of options can sometimes be confusing, they are easily divided into three distinct categories: emergency locator transmitters (ELT), personal locator beacons (PLBs), and personal tracking devices. 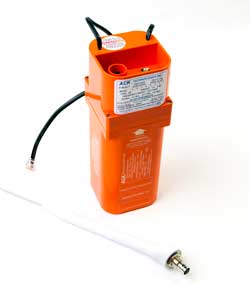 Thanks to a congressional mandate, the FAA requires ELTs on most aircraft for one simple reason—they help save lives. ELTs are the most expensive option when it comes to alerting others to your position, but they are also usually the best. Made to withstand high collision forces, the units are also designed to automatically activate under a certain G-load. This one feature sets them apart as an indispensable tool.

The biggest question surrounding ELTs today is whether to upgrade to a 406 MHz model. Sure, the FAA doesn’t require you to scrap the 121.5 MHz model you may have in your airplane, but the fact remains that these older ELTs have become outdated technology—not to mention they aren’t allowed in many countries around the world. They are between 10 and 300 percent less likely to go off in a collision (and more likely to go off at other times) than a 406 MHz model, and the signal is no longer officially being monitored by search and rescue satellites.

New 406 MHz models are sold with and without GPS integration. Signals sent to the satellites are considerably more accurate if the unit transmits GPS locations, but even nonintegrated models give a position fix that’s much more accurate than an old 121.5 MHz unit. Prices range from around $620 for an ACK E-04 with GPS positioning to more than $2,000 for models that include a blade antenna, mounting harness, and other features. Specifications to check include warranty, battery life, frequencies used (many transmit on multiple frequencies), and included features. 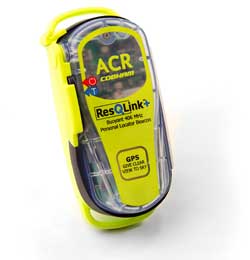 Personal locator beacons are similar to ELTs in that they transmit on the 406 MHz frequency, meaning that the signal is monitored by U.S. government agencies and the national satellite network. Where they differ is in two important features—PLBs are portable, and they do not automatically activate in the event of an emergency. Some marine units (EPIRB) will activate in water, but not all.

PLBs don’t have subscription charges, so the initial purchase price is the only investment required. They can be taken boating, hiking, snowmobiling, or anywhere else you may need assistance. And they are all small enough to easily fit into a flight bag or a backpack. Think the cell phone of 15 years ago and you’re close.

Many of the features are similar, although the ability to send an “I’m OK” message, the ability to float, and a strobe light aren’t common across all models. GPS integration is common, which can provide position to within 100 meters. Prices range from $249 for the McMurdo Fastfind to around $567 for the Kannad XS-ER. The leader in terms of offerings is ACR, with more than six different units available. 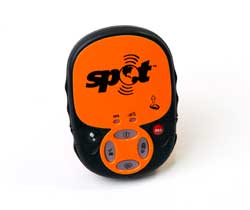 Somewhere between the functionality of a cell phone and a PLB lie the three personal tracking devices now available. They are the Spot Satellite Messenger, the DeLorme inReach, and Spidertracks. These three devices offer a variety of functions, but what sets them apart from a PLB or ELT are the subscription fees and the ability to communicate regularly via satellite messaging.

Communication can take the form of text messaging, tracking with breadcrumbs, or emergency messaging. The subscriptions are required because Spot, inReach, and Spidertracks all operate on private satellite networks. While this is a positive aspect in terms of communication, it is potentially negative in terms of search and rescue. These networks are not monitored like the government satellite network, so it’s up to a private company to initiate search and rescue.

Spot, inReach, and Spidertracks all offer slightly different functionality. SPOT is the cheapest both to acquire and subscribe to, inReach can be paired with a GPS to provide topographic maps, and Spidertracks is more integrated with the aircraft. It also has a function to start alerting people automatically in certain situations.