Get the app Get the app
Already a member? Please login below for an enhanced experience. Not a member? Join today
News & Media AOPA joined by Cessna, Build A Plane for AV8RS launch

AOPA joined by Cessna, Build A Plane for AV8RS launch 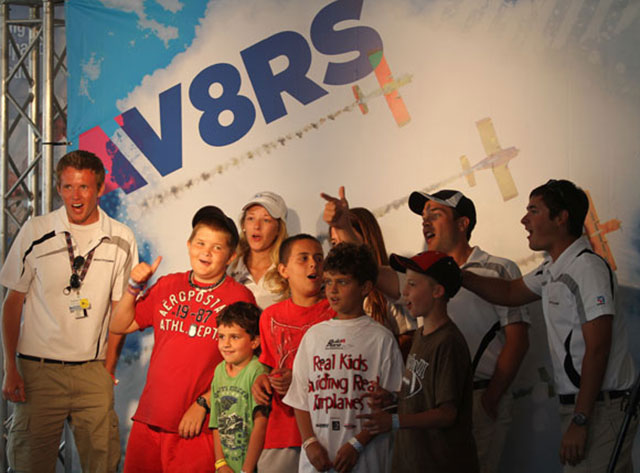 Cessna Aircraft deployed CFIs fresh out of college to fly Skycatchers around the country and converge on EAA AirVenture.

United in a desire to protect the future of general aviation, AOPA, Cessna Aircraft, and Build A Plane joined forces at EAA AirVenture to celebrate the successful conclusion of two campaigns and the launch of another—all geared toward inspiring pilots of tomorrow.

“It’s free,” Fuller noted. “We really want to open up aviation to as many people as possible.”

Build A Plane Executive Director Katrina Bradshaw announced the winners of the organization’s Kids Across America campaign, which offered prizes to teens who raised dollars to support the organization on their way to Oshkosh, Wis. The grand prize, a complete private pilot training program provided by Redbird Flight Simulations, went to David Lewis, 18, of Alexandria, La., who has already developed a passion for pushing rudder pedals in a Piper Super Cub.

“It’s a taildragger,” Lewis explained. “You have to actually know what you’re doing.” 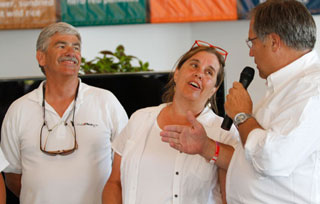 Lewis plans military service, college, and an aviation career. He is among thousands of teens across the country that Build A Plane has exposed to aviation through school-based programs working on donated aircraft. There are 200 such projects currently under way, and another 300 schools on the waiting list, Bradshaw said.

The AV8RS program, a free AOPA membership for youth ages 13 to 18 that comes with a variety of resources including scholarship opportunities and access to AOPA training products, is geared toward a very similar end, Fuller said: making aviation accessible to a wider audience, including the next generation of pilots.

“The kids are one of the things that we need to focus on,” Fuller said. AOPA is committed “to continuing to serve our members, but also to reach out to an even larger audience.”

Fuller said the AV8RS program is part of that effort, designed to inspire passion for aviation. “It gives us a chance to begin a relationship.”

Cessna, which deployed nine freshly graduated flight instructors across the country, converging on EAA AirVenture in Skycatchers flown on an adventure dubbed Discover Flying, hopes to repeat the program in 2013—and years to come, company officials said. The young CFIs mixed and mingled with Build A Plane participants at the AOPA party, and the enthusiasm was obvious. AOPA sweetened the deal, giving out free introductory lessons and other aviation-themed prizes to those in attendance.

All of this was part of a larger effort to encourage education in science, technology, engineering, and math, the STEM disciplines that have captured the attention of educators and officials around the country as America struggles to keep pace with the world in those areas. Of course, aviation subjects fit perfectly with STEM, and a growing number of organizations are attracting private and public investment in aviation education.