Get the app Get the app
Already a member? Please login below for an enhanced experience. Not a member? Join today
News & Media Wx Watch: Stability guidelines, old and new

For CAPE, try the Twister website run by Ohio State University. Click on the Tropical/Severe dropdown menu, then pick “Severe,” followed by the link to “CAPE.” 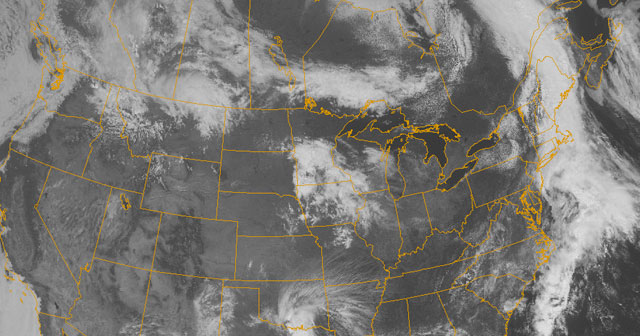 Looking for advance warnings of potential thunderstorms? There’s plenty of source material—including the Convective Outlooks put out by the Storm Prediction Center. (Those Outlooks were discussed in “Wx Watch: Advance Warnings,” May 2012 AOPA Pilot.) But some of us hunt for one particular chart. It’s the chart showing the Lifted Index (LI). The LI was a big deal back in the 1970s when I learned to fly, but now it seems to have fallen out of favor in aviation circles. I searched the very popular Aviation Digital Data Service (ADDS) website in vain for a glimpse of the “old” LI chart, but no cigar. I guess the thinking is that LI doesn’t rate a mention any more, given all the other, newer convective forecast data. However, LI charts are still out there on many other weather websites.

What is the LI, and why should we care? LI is a way of comparing the environmental, or ambient air temperature at the 500-millibar constant pressure level (which correlates pretty well with 18,000 feet msl) with the forecast afternoon high temperature of an air parcel lifted from the surface to that altitude.

As we all know, warm air rises—but only if the air surrounding it is comparatively cooler. A warm air parcel rising into cooler air will continue rising, and it’s this unstable dynamic that helps create thunderstorms. The LI equation addresses instability by taking the environmental temperature and then subtracting the parcel temperature.

That’s bad. Even though there’s a mere four degrees difference in temperature, that disparity means a whale of a lot of lifting action for the parcel. Enough for an LI prediction of “severe thunderstorms possible.” At the other, more placid end of the continuum is an LI of greater than two, which equates to a forecast value of “no significant activity.” So an air mass that’s just two degrees warmer than any rising air is enough to quash any chance of convection, at least in theory. Here is the complete list of all LI values, along with their significance to thunderstorm forecasting:

More and more, a newer theoretical measure of stability has come into much more widespread use than the Lifted Index. This is the concept of Convective Available Potential Energy (CAPE). Developed in 1982 (LI was born in 1956), CAPE is a complex topic, but in simple terms it’s a measure of instability that takes in both temperature and moisture variables. Because it addresses the entire vertical dimension of the atmosphere, it’s considered a more realistic view of instability than the Lifted Index, which only treats the situation at 500-millibars/18,000 feet.

CAPE can be observed on Skew-T Log P charts—another topic for another day—and CAPE values are expressed in joules per kilogram within a vertical column of air. Most of us think of electricity when joules are mentioned, and while the joule is indeed a measure of electrical energy, CAPE uses joules to help define the energy of a rising parcel of air. In these terms, what’s a joule worth? Wikipedia says that one joule represents the energy required to “lift a small apple one meter straight up.” Wikipedia may not always be the paragon of authority, but perhaps that graphic description helps quantify in some way the meaning of the following CAPE values:

LI and CAPE can be useful in confirming convective trends identified in other forecast products. Just remember, the mention of scary LI and CAPE values does not guarantee that thunderstorms will occur. They are predictive constructs built from direct, remote, and computer sources that command your attention but are fallible. They’re good measures, but they can’t possibly reproduce an entity as fickle and mysterious as our atmosphere each and every time they’re posted.