Get the app Get the app
AOPA Members DO more LEARN more SAVE more - Get MORE out of being a pilot - CLICK HERE
News & Media Quick Look: Beechjet 400A

Wichita born and bred--with a lot of different parents 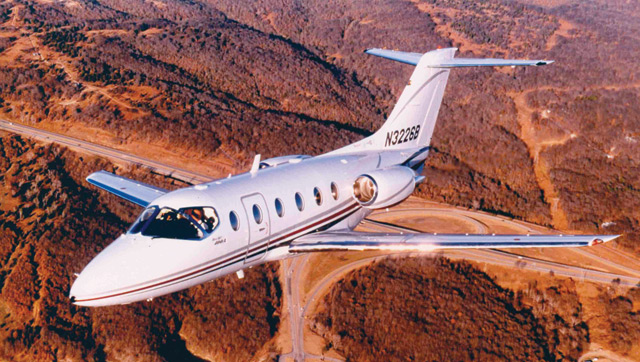 The Hawker Beechjet is a twin-turbofan light business jet that evolved from the Mitsubishi MU–300 Diamond, which was certificated in November 1981. More than 90 Diamonds were manufactured in Japan and then assembled at Mitsubishi’s San Angelo, Texas, facility. The low-wing, Pratt & Whitney JT15D-powered airplane was renamed the Beechjet 400 when it was acquired in 1985 by Beechcraft, which redesigned the interior, increased fuel capacity, and offered thrust reversers as an option on its new light jet. The first Beech-assembled airplane rolled out in May 1986. Since the late 1980s the Beechjet 400 and its successors—the Beechjet 400A, Hawker 400, and Hawker 400XP—have been manufactured in Wichita by Beechcraft, then Raytheon Aircraft, and now Hawker Beechcraft.

After Raytheon Aircraft acquired the Hawker line from British Aerospace, the Beechjet 400 was renamed the Hawker 400, and the manufacturer soon introduced the improved 400XP. A number of optional or unavailable features on the Beechjet 400A became standard on the 400XP, including a 200-pound gross-weight increase, a nine-passenger seating arrangement, thrust reversers, vapor cycle air conditioning, TCAS II, and an emergency locator transmitter.

By the mid-2000s, more than 400 were in service. However, limited range and hot-and-high performance indicated that a re-engining program might be warranted.

In October 2008, Hawker Beechcraft announced the new Hawker 450XP, which was to feature more powerful and fuel-efficient Pratt & Whitney PW535D engines. However, the market for new business jets had just collapsed, and by June 2009 the program was canceled.

Cleveland-based Nextant Aerospace developed a program to remanufacture the Beechjet 400A, replacing the JT15D engines with Williams FJ44 powerplants, adding Pro Line 21 avionics, and making other improvements. The performance of the 400XT is markedly better than the 400A/400XP, and the reengined aircraft can climb direct to 45,000 feet. The remanufactured airplane earned FAA certification in October 2011, and initial deliveries went to fractional jet provider Flight Options, which ordered 40 airplanes.

Hawker Beechcraft will offer the 400XPR, a similar upgrade that includes Williams engines, Pro Line 21 avionics, composite winglets, and other enhancements. Certification of the package is expected by early 2013. The 400XPR is available only through factory-owned service centers, and Hawker Beechcraft is helping customers who do not already own a Hawker/Beechjet 400 to locate and purchase airframes.

Robert A. Searles is a writer and editor specializing in aviation.