What's the best primary trainer? That's easy--it's a Cessna 150 or 152. This series of airplanes has proven its worth as trainers for decades, having churned out a huge chunk of the general aviation pilot population. In the glory days of the 1960s and 1970s, Cessna's Pilot Centers built a hugely successful training program around the Cessna 150. Why is that, you ask?

Editor at Large Tom Horne and Senior Editor Dave Hirschman have a lot of things in common: lots of ratings, lots of experience in lots of airplane models—and lots of opinions (as well as similar haircuts). We last turned them loose on the topic of NDB approaches (see “ Dogfight: NDB Approaches,” November 2011 AOPA Pilot) and the response to two different schools of thought on this topic garnered interesting opinions from a large number of readers (see “ Letters”). So we launch them into another “Dogfight”—we hope you’ll enjoy these two sometimes tongue-in-cheek takes on a topic, and keep those cards and letters coming. —Ed.

A vote for trikes 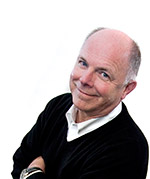 By Thomas A. Horne >

What’s the best primary trainer? That’s easy—it’s a Cessna 150 or 152. This series of airplanes has proven its worth as trainers for decades, having churned out a huge chunk of the general aviation pilot population. In the glory days of the 1960s and 1970s, Cessna’s Pilot Centers built a hugely successful training program around the Cessna 150. Why is that, you ask?

It’s not that Cessna wanted a venue for selling airplanes, although I’m certain that figured in the decision. No, it’s because the airplane was specifically designed to be a trainer. This means that it must be tame enough to minimize ego-crushing learning setbacks—thus, Cessna’s decision to give the 150/152 tricycle landing gear. Yes, there are those who argue that taildraggers provide the highest quality of practice in learning how to land. But the accident record shows that the learning curve in taildraggers can be a steep and costly one. Ground loops, swerves, over-eager brake applications, and many other misfortunes have contributed to a large number of incidents and accidents over the years.

The small wheel in the back means the airplane is directionally unstable on the ground—and this is the heart of the taildragger’s problem. In fact, it’s the reason why tricycle landing gear was developed in the first place, way back in the 1930s!

The airplane was specifically designed to be a trainer. It must be tame enough to minimize ego-crushing learning setbacks.

I remember a video that AOPA Pilot contributor Barry Schiff once made for ABC’s Wide World of Flying. In it, Schiff used a tricycle to demonstrate the problem. First he put the two small wheels in front and gave the trike a push. Instantly, the large front wheel swung around and sent the tricycle off track. Then he put the large wheel up front and the two small wheels in back and pushed. The tricycle tracked straight.

I know there’s value in learning the footwork associated with landing a taildragger—especially one with heel brakes! But the fact is that you should learn to land a tricycle-gear airplane the same way you learn to land a taildragger: at a speed just above the stall, touching down nose-high enough that the nosewheel is well off the ground. The landing attitude is the same. Sure, there are advantages to having a taildragger when it comes to landing on unimproved strips. But how many pilots actually do this? Besides, insurance companies may not cover you for landings on unpaved runways. Wonder why.

The 150/152 is also a great platform for coming to terms with proper takeoff procedures, crosswind landings, and steep approaches. Let’s face it, these airplanes have minimal power, so unless you learn to hold VX or VY you won’t realize book performance. As for crosswind landings, these airplanes’ light weights and wing loadings mean you’ll be very busy indeed—but there is adequate control authority to deal with all but the highest crosswind components. And there’s nosewheel steering to better help keep you going straight down the runway after touchdown.

Steep approaches? No problem in the 150/152. You can slip the airplane, or use flaps. Many taildraggers don’t have flaps, so their pilots don’t realize their advantages. For all these reasons, the Cessna 150/152 gets my vote for the “best” trainer.

Tandem seats, a stick, and (of course) a tailwheel 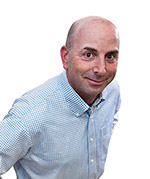 In a perfect world, every flying student’s first 10 hours in a powered aircraft would take place in an Aeronca Champ at a grass airstrip. And that Champ would be devoid of radios and other needless distractions. During the presolo phase, a student’s sole focus should be learning to fly the airplane—so radio communication, avionics programming, and regulation memorization can come later. And an airplane such as a Champ that was built to be a trainer and is easy to fly, but hard to fly well, is an ideal instrument.

High or low wing doesn’t much matter. Metal or fabric is unimportant. But the ideal trainer should have these three features: tandem seating, a stick, and a tailwheel.

Tandem seating puts the student on the centerline and makes it easy for him to see exactly where the nose is pointed. Slight changes in pitch, bank, and yaw become obvious when viewed from this vantage point. Tandem seating also allows the instructor to guard the controls without the student noticing. As far as the student knows, he is doing everything—but the instructor’s hands and feet are positioned and ready to take over in an instant if necessary.

A stick is desirable because it allows the student to quickly apply (and remove) full control deflection. A yoke, by nature of its clunky design, makes full deflection awkward and slow to obtain.

A tailwheel is a plus for a primary trainer because it demands rudder awareness. A student’s feet are involved from the first moment the tires start rolling on the initial training flight. That pays dividends even if the student’s future airplanes are not equipped with tailwheels. For example, during multiengine training, a tailwheel-trained pilot with lively and responsive feet will counter asymmetric thrust conditions by stepping on the correct rudder pedal reflexively. And when landing in crosswinds, a pilot with good tailwheel skills applies full control deflection without hesitation. Those who learn to fly in nosewheel airplanes equipped with mechanical linkages that eliminate adverse yaw tend to be reluctant to use full control deflection—and they get less than full aircraft performance as a result.

Like most of my generation, I learned to fly in a Cessna 150, an economical and rugged airplane that was built to stand up to abuse. Then, after I got a certificate, I relearned in a Champ and clipped-wing Piper Cub, airplanes with more adverse yaw, crisper stalls, and more idiosyncratic personalities—and having to “unlearn” some of my newly ingrained Cessna habits made me wish I had started in a Champ or Cub.

Many other airplanes can fit the bill. A Citabria is a more muscular Champ cousin; the de Havilland Chipmunk is regarded by the Brits as the best trainer of all time; Piper Cubs and their more modern variants (Legend Cub and Carbon Cub) have fanatically loyal followings for good reasons.

An airplane that was built to be a trainer and is easy to fly, but hard to fly well, is an ideal instrument.

Students fortunate enough to get their first 10 hours of instruction in a tailwheel airplane will have an easy time moving to the tricycle-gear trainers they’re likely to fly during their initial solos and checkrides. And those checkrides will go much more smoothly because of the experience students have had in mechanically simpler, but more demanding, tailwheel aircraft.

Some instructors advocate side-by-side seating because they can more easily see their students’ faces, communicate better in the air, and get an unobstructed view of the instrument panel. Personally, I’d rather sit behind the student so that I can see where they are looking. (The presence or absence of sweat on their necks tells me everything I need to know about how they’re feeling.) Verbal communication is easier in a side-by-side aircraft, but cockpit conversation is overrated, and most instructors talk way too much in flight. Save those kernels of wisdom for the brief and debrief.

As long as I can see the oil pressure gauge, I’m not concerned about anything else on the panel of a primary trainer. Any instructor should be able to fly such airplanes by looking outside, feeling the controls, and listening—even when broad-shouldered students block their forward view.

It’s worth repeating that the best trainers are easy to fly, but hard to fly well. They reward good technique and punish sloppiness and inattention. They lay the foundation for future aviation accomplishment and safer, smoother, and more rewarding lives in flight.