Get the app Get the app
AOPA will be closed July 4th, in observance of the Independence Day holiday. We will reopen at 8:30 am ET on Tuesday, July 5.
News & Media Technique: Don&rsquo;t just shut up...and die

Recently, I read an article by a pilot who had to cage an engine on a twin--a very real emergency. He was IFR, in weather, and talking with a controller. He advised the controller that he'd shut down an engine and was diverting to a suitable airport. The controller asked whether he was declaring an emergency. The pilot said, "No." 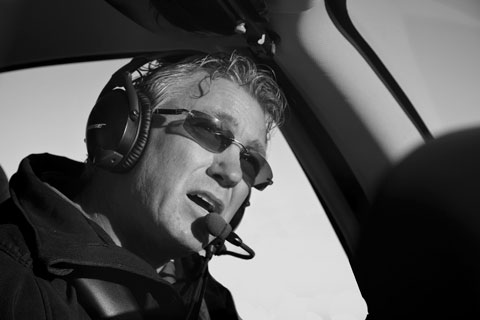 Recently, I read an article by a pilot who had to cage an engine on a twin—a very real emergency. He was IFR, in weather, and talking with a controller. He advised the controller that he’d shut down an engine and was diverting to a suitable airport. The controller asked whether he was declaring an emergency. The pilot said, “No.”

Astonished, I stopped reading. If an engine failure in weather isn’t an emergency, what is?

By not declaring an emergency he had handicapped himself in dealing with a crisis and might be writing a death warrant for his passengers.

I read on. The pilot had to fly a circuitous route because of airspace restrictions and other traffic (he couldn’t seem to understand why). He made it, although it was a near thing. Had he declared an emergency (you have to say it clearly—no euphemisms, as there are no “half-measures”) the controller would have routed him directly to the airport; he would have unquestionably been an “aircraft in distress” under FAR 91.113(c) and had the right of way over all other traffic.

I can’t help it—when reading a story like that, 30-some years of practicing aviation law kicks in. I start thinking of the accidents that could have been prevented had the pilot declared an emergency, and taken advantage of all sorts of pilot-friendly resources and the highest priority ATC service.

I have been puzzled and saddened by the reluctance of general aviation pilots to speak up and acknowledge that they are dealing with an emergency. Bluntly: Too many shut up and die. Professional pilots, civilian and military, do not seem to suffer from this odd hesitation; they speak up and turn ATC into what amounts to an additional co-pilot. They have the crash-fire-rescue equipment rolled out so that the crews are at the runway and ready when the airplane arrives, rather than mowing the grass or plowing snow.

Most professional pilots get recurrent training every six months. Consequently, they do a good job of handling weather or equipment problems. Most GA pilots fly just an hour with an instructor, biennially; they don’t do as well when the fat hits the firewall. It would seem logical that because GA pilots would most benefit from the assistance provided when an emergency is declared, that they would be quite willing to do so. They aren’t.

“If I declare an emergency I’ll be telling the world that I’m not good enough to handle this on my own.”

For years we have carefully pointed out the huge safety benefits of speaking up when something is badly amiss, yet we clearly are not reaching a certain proportion of GA pilots. So, I’ll try a different approach, speaking from the perspective of the attorney who may have to defend those pilots who won’t declare an emergency, following their unsuccessful episode dealing with a serious weather or aircraft problem.

Let’s start with the basics: As pilot in command you are responsible for the safety of your passengers. From a legal and ethical standpoint, that generally means you have a duty to use available resources to complete that flight safely. If you have an emergency and crash, your failure to speak up and get the resources available to you by declaring an emergency may mean you were negligent.

With that in mind, let’s look at the reason GA pilots are unwilling to declare an emergency when they have one.

That’s the only reason.

For many, it’s the secret fear inside the gut of pilots who need to be seen as macho: “If I declare an emergency I’ll be telling the world that I’m not good enough to handle this on my own.”

For some the fear is “paperwork” that they think they’ll have to fill out. Let’s dispose of that one fast: Reread Part 91.3. There isn’t any paperwork as a result of declaring an emergency. The myth comes from bad movies and misinformation passed along on the Internet.

A few pilots fear that alerting the government that something has gone wrong will bring about a parade of horrible punishments.

In our lives, we have gotten into trouble and been punished. We can easily imagine the FAA coming down on us. What is more difficult, if not impossible, is to imagine that our reaction to the situation we are facing will cause all aboard to be badly hurt or die. We’re way too cool for that to happen. Thus, fear causes too many of us to try and handle the emergency without asking for help that could make the difference between a successful landing and a smoking hole.

Therefore, let’s look directly at fear. Why? Because pilots too often worry about the wrong things. Rather than being afraid of not appearing macho or of coming to the attention of the FAA, the real risk they are facing—the one about which they should tremble in their boots—is how this thing is going to look in the NTSB report. “Am I going to look stupid because I didn’t get help?” As a behavioral motivator, that’s the right fear to have and act on. Of course, the next step in that concern is the fear of being sued. It should be considered as conjoined with worrying about how this is going to look on the NTSB report.

If you are afraid of being sued, keep in mind that if you don’t have an accident, you are not likely to be sued for causing one. Therefore, this lawyer says: When you have an emergency, declare it and get assistance from ATC. No, ATC can’t fly the airplane, but they can take care of a lot of other things for you, such as navigation and finding good weather.

If you don’t declare the emergency and do have an accident, one of the grounds for the lawsuit may be that you didn’t declare an emergency and get the help that would have prevented the injuries.

Do you have enough insurance to protect your family and estate from the lawsuit that will come about because you didn’t declare an emergency because you were afraid to? Your family thinks you’re a good pilot; do you really want your failure to declare to tell them, for all eternity, that you were a crummy pilot who made bad decisions? Will they be living in poverty after the lawsuit because you were too proud to speak up?

If you have an accident and face a lawsuit, you want the law on your side. In most states, the law holds a person to a lower “standard of care” when dealing with an emergency than when in a nonemergency situation. That means that a pilot dealing with an emergency has more legal tolerance, so to speak, for making mistakes. If you didn’t declare an emergency, do you expect that a jury of nonaviators will believe you had one?

Some years ago I tried a case in which a central issue was whether the pilot was facing an emergency. The pilot claimed the airplane was nearly uncontrollable, yet never declared an emergency and flew past a field that had good rescue equipment, continuing 100 miles to his home airport. The jury did not believe the pilot.

As pilots, we accept responsibilities. As humans, many variables affect how we meet those responsibilities. When dealing with an emergency, declaring that fact and marshaling available resources is the right thing to do. It doesn’t matter whether pilots reach that conclusion because they are well trained and understand how to maximize safety, or because they are afraid of how they will look in the NTSB report. What does matter is that they speak up when something goes wrong in flight and get the benefits they’ve paid for with their taxes.

Rick Durden, AOPA 684126, is a practicing aviation attorney with an ATP and CFII who has had things go bad in flight, has declared emergencies—and never had to fill out any paperwork or been the subject of an NTSB report.