Get the app Get the app
AOPA will be closing at 1:45pm ET on Tuesday, December 6th. We will reopen Wednesday morning at 8:30am ET.
AOPA Members DO more LEARN more SAVE more - Get MORE out of being a pilot - CLICK HERE
News & Media AOPA fields team of talented representatives 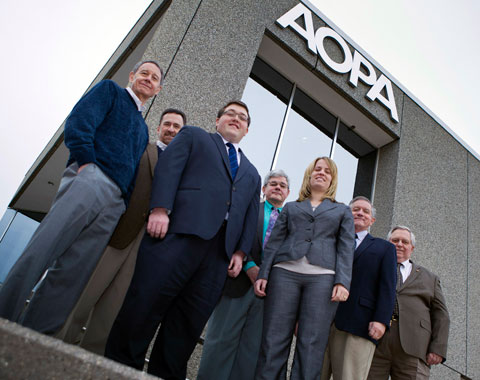 The new crew is ready for takeoff. The mission: build strong local general aviation communities and strengthen AOPA’s relationships with state and local governments across the country.

AOPA’s new team of regional managers has deep roots in aviation, and their arrival marks the first overhaul of AOPA regional advocacy and representation in decades.

“We are pleased and fortunate that many of our ‘new’ regional managers are familiar faces, having served very capably as AOPA regional representatives,” AOPA President Craig Fuller said.

AOPA created seven new, full-time positions, in part, to meet growing demand for active participation in state government decision-making. As cash-strapped states eye GA taxes, reduced spending on airport maintenance, and as community airports face an ongoing threat, the need to make sure pilots have a voice in community decisions is greater than ever, Fuller said. The regional managers will make AOPA more visible throughout the country, promote membership, and give members a local point of contact for all their membership needs.

AOPA also strives to maximize the return on the effort of pilots and Airport Support Network volunteers who work tirelessly to promote the value of GA to the cities and towns—and people—served by airports and aviators across the country.

“AOPA has been well-served by the dedicated representatives who helped mobilize thousands of volunteers to support community airports around the country,” Fuller said. “We thank each of them for a job well done, and look forward to their continued contributions.”

Regional representatives who did not transition into the new managers program will remain familiar faces as they continue to attend aviation community events on behalf of AOPA. 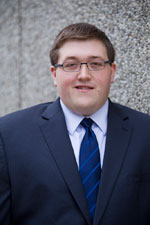 Great Lakes Regional Manager Bryan Budds got bit by the flying bug at age 15, and earned a private pilot certificate two years later. He decided to make a career in aviation.

“As I entered college, I knew I wanted to meld my interest in aviation with my emerging interest in public policy and was given that opportunity through an AOPA Government Affairs internship,” Budds said. Later, as a student in the George Mason University master’s degree program in transportation policy, Budds returned to AOPA government relations, also working on aviation issues for Rep. Sam Graves (R-Mo.) and the U.S. Department of Defense. “Each of these opportunities allowed me to further develop my general aviation policy skills which I am extremely excited to use in developing the Great Lakes aviation community.” 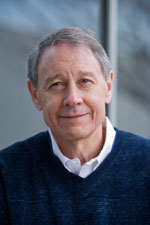 Northeast Regional Manager Craig Dotlo earned a private pilot certificate and instrument rating in the 1970s, and was retained as the AOPA Northeast Regional Coordinator in 2002. Dotlo has collaborated with fellow GA community members on a variety of state legislative issues, including successful efforts to persuade states to adopt sensible tax policies that avoid undue burden on pilots and aircraft owners. Dotlo is also a veteran defender (and promoter) of local airports. 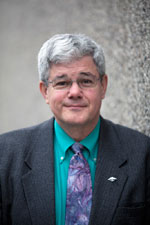 The wild skies of the Alaskan frontier have been home to AOPA Alaska Regional Manager Tom George for most of the 4,000 hours he has logged since learning to fly in a Piper Warrior in Fairbanks, Alaska. He next added a seaplane rating in a Piper Super Cub, then purchased as Cessna 170 to fly for fun, and to support research field camps for the University of Alaska. An AOPA regional representative since 2000, George now flies a Cessna 185 equipped with wheels and skis for business trips and aerial photography in the remote reaches of Alaska. He holds an instrument, commercial single- and multiengine ratings, and is a certificated flight instructor. He makes occasional excursions to Canada and the “lower forty-eight.” 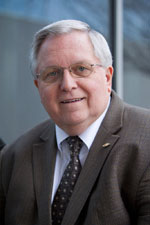 Southern Regional Manager Bob Minter has worked in aviation since 1961, and was honored in 2002 for “Career Contributions to Aviation” in Tennessee, the highest individual recognition bestowed by the Tennessee Aeronautics Commission. Minter has worked as an FBO and flight school manager, and sold Cessna aircraft. He also worked in the 1970s for the Tennessee Department of Transportation Bureau of Aeronautics, with oversight of the state’s 76 public airports. As a corporate pilot, Minter crisscrossed the country in an Aero Commander 720. Co-founder of the Tennessee Aviation Association, founder of the Tennessee Aviation Hall of Fame, and a 50-year member of AOPA, Minter has worked for the past 26 years as the AOPA regional representative covering state and government affairs in the southeast. 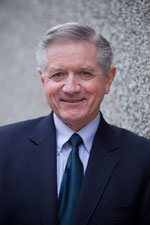 During a 29-year career at the FAA, Western Pacific Regional Manager John Pfeifer held various engineering and administrative posts, including 14 years as manager of the FAA’s San Francisco Airports District Office, where he was responsible for all Airports Division programs in Northern California and Nevada. Pfeifer has served as the region’s AOPA representative since 2001, and on the California Transportation Commission-Technical Advisory Committee on Aeronautics; the Board of Directors of the Association of California Airports; and the National Academy of Sciences, Airport Cooperative Research Program panel on the recently-completed “Guidebook for the Preservation of Public-Use Airports.” Pfeifer is a registered professional engineer in California. Pfeifer also will serve as the regional manager for Hawaii, signaling the first time AOPA has provided regional representation for the state. 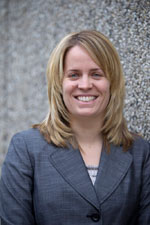 Central Southwest Regional Manager Yasmina Platt is a transportation scholar, CFI, and CFII who joins the AOPA regional manager team after working in the planning department of the world’s busiest airport, Hartsfield-Jackson Atlanta International Airport, since 2008. Platt is no stranger to AOPA, having served as a summer intern at the Air Safety Institute and an AOPA Airport Support Network volunteer. Platt has received numerous awards and recognition for her academic research and scholarship in transportation and aviation. She is passionate about safety, outreach, research, pilot education, and GA promotion and protection. Platt is also an adjunct aviation professor at Utah Valley University in Orem, Utah. 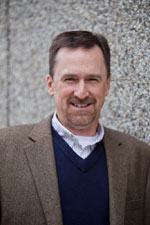 Northwest Mountain Regional Manager David Ulane brings nearly 23 years of aviation experience in the Northwest Mountain Region to AOPA’s regional team. He previously served as assistant aviation director at the Aspen/Pitkin County Airport in Colorado, where he oversaw planning, funding, and implementation of more than $60 million in capital improvements between 2005 and 2011. Ulane previously managed the St. George Municipal Airport in Utah, and Yellowstone Regional Airport in Cody, Wyo. Ulane began his aviation career in 1989 working for Denver’s Centennial Airport, one of the busiest GA facilities in the nation.

Ulane has held a variety of leadership roles, including president of the Northwest Chapter of the American Association of Airport Executives. A resident of New Castle, Colo., Ulane will soon restore the currency of a private pilot certificate first earned in 1989.