Get the app Get the app
Already a member? Please login below for an enhanced experience. Not a member? Join today
News & Media Legally Speaking: 'Signing' an e-logbook 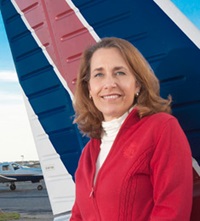 The FAA doesn’t specifically define “logbook” in its regulations or in the Aeronautical Information Manual . Historically, we have had logbooks that were actual bound books for recording flight times, training times, and endorsements. We’ve also sometimes used less formal pen-and-paper methods. However, a “logbook” can also take the form of a training tabulation document, computer-generated log sheets, or another electronic record. In all circumstances, the FAA is looking for a “reliable record” that the FAA can then be assured of regulatory compliance. As such, the FAA recognizes the historical as well as the changing form of logbooks and says that, in whatever form, the FAA must be able to decipher the training, aeronautical experience time and content, and currency of experience for a particular individual.

As a CFI, you cannot sign or endorse a computer with a ball point pen or slap a sticker in a computer’s file. But, there are some computer logbook programs that replicate this traditional form of record. The types of programs are changing every day, and I believe the FAA is trying to stay abreast of them. For our general aviation flying, there is more limited guidance in this regard than with the commercial operators. Still, as long as the student is able to present some reliable record in physical form that meets the requirements of the regulations, it should be satisfactory to the FAA. We have seen the FAA satisfied with your signature in a student’s logbook or on the physical print out of that logbook, and we may be starting to see electronic endorsements and signatures that are printed from the computer as in compliance with the requirements of FAR 61.189(a).

FAR 61.189(a) generally requires that CFIs “sign the logbook of each person to whom that instructor has given flight training or ground training.” Several regulations dictate what the instructor must do to evidence that training in a student’s logbook. For example, FAR 61.51(h) specifies what information a logbook entry related to training is to contain and how it is to be endorsed by a CFI, and FAR 61.93(c) directs how a student’s logbook must be endorsed for solo cross-country flights.

Ms. Yodice is an instrument rated private pilot and experienced aviation attorney who is licensed to practice law in Maryland and the District of Columbia. She is active in several local and national aviation associations, and co-owns a Piper Cherokee and flies the family Piper J-3 Cub.
Go to Kathy Yodice's Profile
Topics: AOPA, Navigation, Training and Safety