Get the app Get the app
Already a member? Please login below for an enhanced experience. Not a member? Join today
News & Media Microsoft takes Flight with new sim 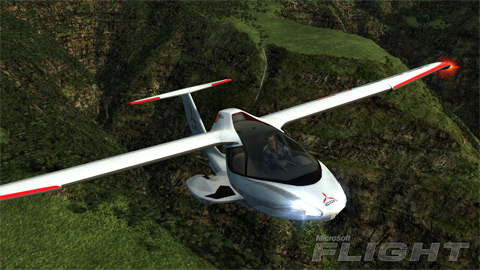 A few years ago the future of Microsoft's flight simulator franchise seemed all but over when the company axed the entire staff associated with the popular game. But things are looking up for flight sim fans. The company announced recently that the latest iteration, called Microsoft Flight, will be released this spring.

Clearly aimed at a wider audience, Flight will feature more of a gaming experience than previous flight sim editions. According to Microsoft, Flight will give players “the freedom to fly the skies over the beautiful Big Island of Hawaii, complete a variety of exciting missions, test their skills in flying challenges, or find hidden aerocaches on the island.” However, the company was quick to point out that “accomplished PC pilots” will find Flight to be fun and useful as well.

The best news is that the game will be a free download, presumably with additional aircraft or challenges at a cost. The first and default airplane is Icon's A5, which means that ironically, everyone will “fly” the airplane before almost anyone can actually do so.

Advance video and photos are available on the website.