Get the app Get the app
Already a member? Please login below for an enhanced experience. Not a member? Join today
News & Media Wag-Aero founder, philanthropist Dick Wagner remembered

Richard “Dick” Wagner, the man behind Wag-Aero, knew airplanes by sound. An uncanny knack for identifying passing aircraft without looking up was among many products of a life in aviation. He soloed at 16, before he was licensed to drive, and at 18 launched a 27,000-hour professional flying career that included 27 years in airline cockpits, later test-flying aircraft of his own design.

“One Christmas eve while on a ferry trip with North Central Airlines, a private pilot with three passengers was lost in the weather,” recalled Roberta “Bobbie” Wagner, his wife of 53 years. “Dick stayed in the air and talked him down safely. Safety was always primary for him.”

On Jan. 1, Wagner died after suffering a heart attack in his Lyons, Wis., home. He was 74.

Wag-Aero was founded after Wagner, by then an airline pilot, realized a rubber grommet made in a local factory where he had worked during high school was a perfect plug for an inspection hole. The family business was among the first to gain national prominence making parts for out-of-production aircraft, and in turn financed a multi-million dollar philanthropic foundation that has built schools and orphanages, and provides aircraft and logistical support for humanitarian relief organizations in Africa, Asia, Central America, and South America. 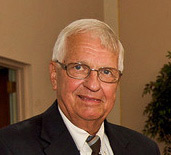 Wagner retired from the captain’s seat of a DC-9-50 in 1983 to devote himself full-time to Wag-Aero, where his wife was a partner and their daughters helped fill orders in the basement. Wagner designed, built, and test-flew a variety of kit airplanes, sold from dog-eared pages of Wag-Aero catalogs found, in the days before the Internet, in hangars around the world

Wagner was also an aviation expert called on by courts, museums, and the FAA, according to his family. He represented the Air Line Pilots Association on NTSB accident investigations, and developed the first FAA-certified repair station for remanufacture of aircraft exhaust systems. Through Wag-Aero, he secured more than 150 parts manufacturer approvals, supplemental type certificates, and technical standard orders.

Of the 86 airplanes owned over the course of Wagner’s life, many were donated to humanitarian causes—starting with a Piper J-3 given to a Bolivian missionary. Aircraft to fly food in Africa would follow, and more recently the family Piper Twin Comanche given to an organization flying medical providers in the Bolivian Andes.

Wagner was happiest in an open cockpit, his family recalled. He often took Bobbie and his daughters on trips in a Waco UPF-7 biplane.

“After family, flying was his whole life,” Bobbie said.