Get the app Get the app
AOPA will be closed July 4th, in observance of the Independence Day holiday. We will reopen at 8:30 am ET on Tuesday, July 5.
News & Media Kestrel Aircraft to move to Wisconsin

Kestrel Aircraft to move to Wisconsin

Kestrel Aircraft will build its single-engine turboprop aircraft in Superior, Wis., instead of Maine, the company announced Jan. 16. 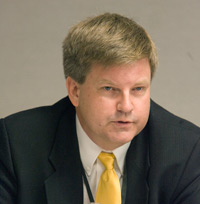 “We’ve got lots of resources and suppliers here, and the state of Wisconsin has been terrific to work with,” said Kestrel CEO Alan Klapmeier, a Wisconsin native who, with his brother Dale, launched Cirrus Design (now Cirrus Aircraft) in Baraboo, Wis. and later moved it to nearby Duluth, Minn. “This is close to home.”

Kestrel will get $22 million in direct tax incentives from Wisconsin, and the total value of the incentive package is about $50 million. Klapmeier estimates it will take up to $150 million to get the single-engine, six-seat, 300-knot-plus K-350 FAA certified and ready to manufacture.

“More private capital will be needed along the way,” he said. “But we feel very comfortable with the resources we have, and we’re very optimistic about the marketplace and our team’s ability to deliver an airplane that will do things that few other airplanes are capable of doing.”

Klapmeier has said the aircraft will be fast, comfortable, efficient, and capable of operating from short and unimproved runways.

About 25 Kestrel employees at the company’s facility in Brunswick, Maine, will continue working on aircraft retrofits and refurbishments. But all new production will take place in Wisconsin. Certification is targeted for late 2014, and the company plans to have up to 600 employees in 2016.

Klapmeier said economic incentives that had been agreed to in Maine didn’t materialize, and that prompted a search for alternative locations. The city of Superior and the state of Wisconsin offered a “compelling package,” he said, that will allow the company to meet its goals for producing an airplane of exceptional performance and value.