Get the app Get the app
AOPA will be closing at 3:15pm ET Thursday, December 1st. We will reopen Friday morning at 8:30am ET.
AOPA Members DO more LEARN more SAVE more - Get MORE out of being a pilot - CLICK HERE
News & Media Tecnam taildragger makes first flight 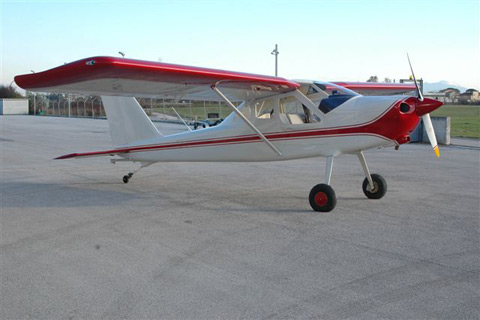 More pilots than not prefer taildraggers.

That belief, based on market research by Tecnam, has inspired a new entry in the LSA market with a tailwheel configuration. Tecnam on Jan. 12 announced the successful first flight—on Dec. 22—of the P92TD, a taildragger inspired by surveys showing more than half of all GA pilots worldwide prefer the configuration to tricycle gear.

Tecnam hopes to entice existing taildragger pilots seeking modern aircraft and equipment. The P92TD will be sold in the U.S. with either a Rotax 912ULS2, or a Lycoming O-233 engine. Detailed specifications, performance and weights will be announced at Sun ’n Fun in March.

“This [taildragger] version of the Tecnam P92 is the first new aircraft this particular marketplace has seen in a very long time and promises its owners and pilots significantly improved flight characteristics,” said Tecnam Managing Director Paolo Pascale in a news release. Tecnam unveiled a fifth-generation P92 Eaglet in 2011, and a seaplane variant was announced this month.