Get the app Get the app
AOPA Members DO more LEARN more SAVE more - Get MORE out of being a pilot - CLICK HERE
News & Media Avionics: A CO detector that navigates

Avionics: A CO detector that navigates

The next step in avionics convergence

First, the GPS swallowed the radios, and then it ate the transponder and audio panel. Next, audio panels fought back by consuming com radios, and some headsets became mobile phones.

First, the GPS swallowed the radios, and then it ate the transponder and audio panel.

Next, audio panels fought back by consuming com radios, and some headsets became mobile phones.

These examples of cockpit convergence are increasing as avionics follow the example of consumer electronics, where fewer devices—primarily smartphones and tablet computers—perform more tasks (such as phone, email, text messenger, calculator, and camera).

One of the most surprising recent avionics combinations comes from Guardian Avionics (formerly CO Guardian), which has transformed its electronic, FAA-certified carbon monoxide detector into a wireless provider of navigation information for tablet computers. 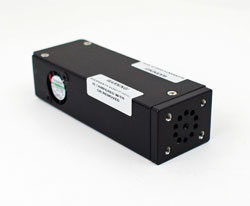 The company recently began selling an electronics box called the Aero 454, which takes GPS position and air data computer information from certified, panel-mounted avionics such as a Garmin 430/530 or G1000 and transmits it via WiFi to as many as three tablet computers at once. Those tablet computers can run whatever software they please (Flight Guide, AOPA FlyQ, ForeFlight, Garmin Pilot, WingX) to show flight plans, moving maps, or georeferenced approach plates as well as ADS-B weather.

Guardian Avionics is already in the midst of upgrades such as adding ADS-B traffic (for airplanes equipped with FAA-certified ADS-B “out” signals), bandwidth for up to seven tablet computers, and allowing pilots to upload flight plans and change radio frequencies and transponder codes via tablet computers.

The company offers its own navigation app with the Aero 454 that graphically answers the most frequently asked passenger questions: “Where are we?” and “When are we going to get there?” (“How fast are we going?” and “How high are we flying?” are answered, too.)

Vij, a pilot, mechanic, and engineer, said the move toward cockpit convergence is well under way—and the iPad and tablets like it are sure to accelerate the trend. “The iPad is revolutionizing the way we fly,” he said. “There’s no turning back.”

Aspen Avionics was the first to promote such rapid and thorough integration with its concept of an iPad-centric “connected panel” in 2011—and the industry appears to be responding favorably. Dozens of firms are sharing the open-source software that will allow their devices to communicate with different brands.

Guardian Avionics plans to continue building and selling FAA-certified carbon monoxide detectors as well as pulse oximeters and other safety equipment. But Vij said the line between FAA-certified and noncertified products is blurring.

For example, iPads are approved electronic flight bags for an increasing number of airlines and corporate flight departments. These and other portables already are being used to display information derived from FAA-certified sources—and much more is in store in that area.

“For an airplane that already has a WAAS GPS and an air data computer, an iPad can crunch the numbers and determine the optimum route and altitude to fly,” Vij said. “These kinds of links between certified and noncertified products are sure to increase going forward. We want our company to be the bridge that allows those kinds of exchanges to take place. ”