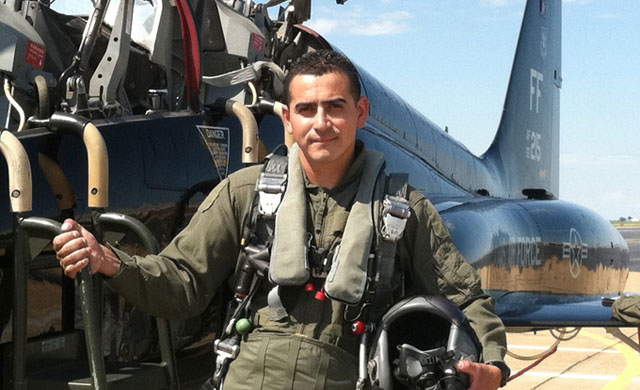 Hualdo Mendoza was thrilled to get a ride aboard a T-38 as a ‘thank you’ from the Air Force for saving a piece of its history.

Not all of them made it.

Hualdo Mendoza joined a program for at-risk youth in Riverside, Calif., a decade ago, a troubled teen who was running with a local gang and had been kicked out of school. A retired fighter pilot running Consolidated Aircraft Coatings, Jon Goldenbaum had a notion that a few gang members would be a perfect fit. Like fighter pilots, he reasoned, gangs rely on group loyalty and peer pressure—they fight for each other, stick together. He made a special request to the district for a group of gang-involved youth to be placed in a work-study program and soon Mendoza and his brother were working in the shop.

“Growing up as a kid I knew nothing about aviation, and I really had no interest,” Mendoza said. “I didn’t know anything.”

He and his brother, Leandro, both took to the work, discovering a passion that blossomed into a career. Today, Mendoza is an expert at aircraft fabric, called on frequently to travel around the country—and internationally—and share his skill with others.

When a vintage Nieuport 28, a symbol of the heritage of the 94th Hat in the Ring squadron that traces its history back to the famous World War I ace Eddie Rickenbacker, was destroyed in a wind storm, the Air Force called on the retired colonel, and Goldenbaum dispatched Mendoza to work with mechanics volunteering their time to work on an airplane far removed from the F-22 Raptor that the 94th fields today.

“I was able to teach them basically every step up to painting,” Mendoza said.

In return, the Air Force offered the young craftsman a ride of a lifetime: about 45 minutes aboard a T-38 Talon, the supersonic trainer that pressed him hard into the seat doing aerobatics. He returned a few weeks ago to Langley Air Force Base in Langley, Va., for the ride.

“It was amazing,” Mendoza said. “We did an afterburner takeoff. That was pretty cool.”

Mendoza said aviation has changed his life, profoundly. He and his brother both have careers now. It could have been a much different story. Just as it is with fighter pilots in a war, there were losses.

“The only other one who is successful and is still in aviation is my brother,” Mendoza said. “The other six kids, they lost interest. A few of them, I know they’re in jail.”

He has lost contact with the others, and will always be grateful for the opportunity he was given a decade ago.

“It made me realize that there was a lot more, better things than what I was doing,” Mendoza said. “It just kind of gave me that boost to go down the right path.” 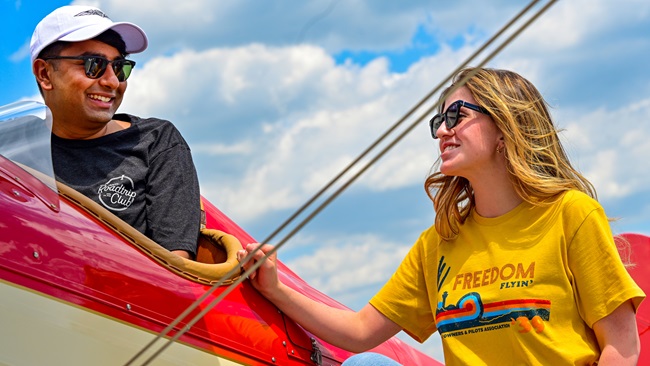