Get the app Get the app
AOPA Members DO more LEARN more SAVE more - Get MORE out of being a pilot - CLICK HERE
News & Media Lesson 6 - Resuming the Journey: Come to Kingdom 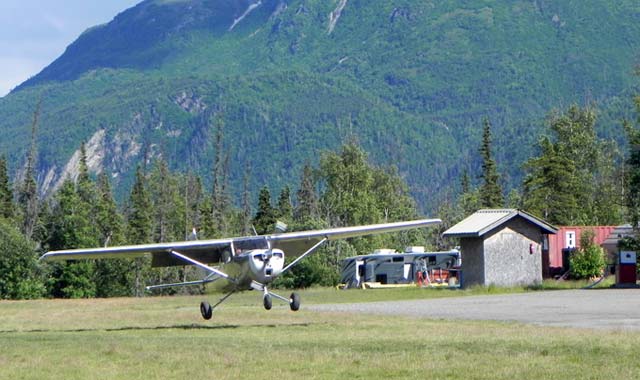 Blue sky and sunshine woke me up early on my first morning at Kingdom Air Corps (KAC) in Sutton, Alaska. I rushed out with my camera to take pictures before the 7 a.m. breakfast bell rang. A group of about 20 students and volunteers were there, every one of whom loves flying—especially bush flying. The 10 students were taking a Le Tourneau University A&P Inspections class taught by professor Matt Poelman, which requires 60 hours of hands-on maintenance. On this morning, they had a test before moving to the hangar to work on a few airplanes, including a C-170 that I hope to fly before I leave.

After breakfast, KAC organized sightseeing flights for a group of volunteers finishing up a week at nearby Eagle Crest Ministries, who had pitched in to help with some construction work here. I was fortunate enough to snag a seat in a Cessna 206 in the second round of flights. Dwayne King, founder of Kingdom Air Corps, taxied the airplane to the very end of the 1,700-foot grass strip, and roared down the runway, easily lifting off before the grass ran out. The beautiful and rugged Matanuska Valley stretched out below us and we followed it east. Snow-covered mountains glistened against the sapphire sky, hidden waterfalls tumbling from some of their tops. We looked for bears and Dahl sheep, but no luck—we suspected the first round of flights had driven them into the woods. You would expect glaciers to be below us—and they were. We flew by one huge curtain glacier, an entire side of a mountain covered in ice, normally obscured by blowing snow or low ceiling but clear and stunning on this day. 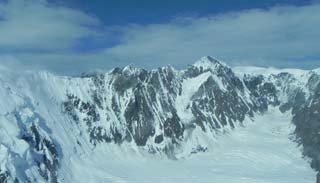 As if that morning flight was not enough, I was double-blessed: I got to fly again in the afternoon—this time as pilot-in-command of a Cessna 150. John Gregory, director of operations, a 42-year AOPA member, and a CFII who loves instructing, offered me the opportunity. We preflighted (following the checklist) and taxied out of the tiedown spot, holding the yoke fully back to keep the weight off the nosewheel. It took a bit of power to get moving, but the C-150 taxied easily to the run-up area. We maneuvered to the very end of the runway, kept her rolling, put down 10 degrees of flaps, added full power, keeping the nose high. We lifted off, accelerated in ground effect and soared into the sky—I was gaping at the immense mountains on both sides. Very cool! We flew a short distance away where John and I did some clearing turns, practiced recovering from a take-off stall, then headed southwest to follow the Matanuska River to Palmer, Alaska. Palmer Flight Service Station gave us a flight advisory, and we did a touch and go before heading back to KAC. As spectacular as the scenery was, we didn’t want to miss dinner! There are no fast-food restaurants or grocery stores near King Ranch, the base of operations for Kingdom Air Corps and Last Frontier Air Ventures (Dave King’s helicopter operations), so hungry pilots eat when the food is served.

On arrival, I did my first real short and soft field landing—no simulated stuff this time. The procedure is flown exactly as it’s practiced, but the actual experience is way more fun on a short grass strip than on a long, paved runway. We slowed the airplane down to the white arc and gradually added 20 degrees of flaps, carrying extra power on final to offset the typical downdraft near the runway. Close in, we threw down ten more degrees of flaps, but left them at 30, rather than 40. “Aim for the gravel patch,” John said, and we set her down there. “Keep the nose off the grass as long as you can…and now gentle brakes to slow ‘er down.” Wooo hooo! We taxied back to the tie-down spot, pushed her back in, secured her, and made it to dinner with three minutes to spare. After all that excitement, I was starving! 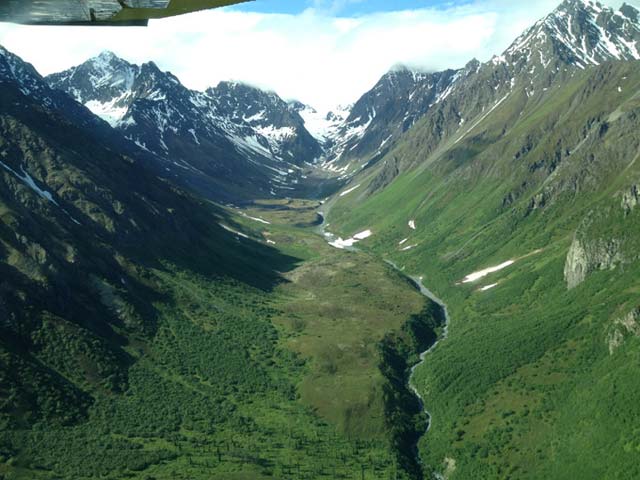