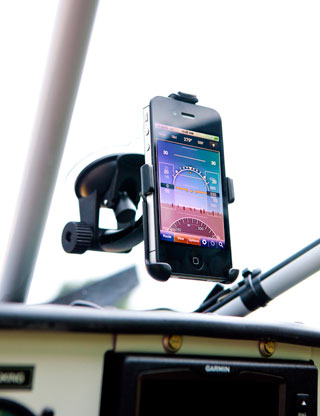 The iPhone hasn’t become an indispensable flight instrument yet—but that may be changing.

Hilton Software, maker of WingX Pro7 (a leading flight planning and EFB program), has converted the iPhone into a combined attitude indicator and heads-up display (HUD) that includes synthetic vision and has got to be seen to be believed.

When linked (via Wi-Fi) to a Levil Technology attitude and heading and reference system (AHRS), the glareshield-mounted iPhone accurately depicts GPS-derived altitude and ground speed as well as pitch and bank with no attitude limitations. With the Levil unit connected to the airplane’s pitot/static system, it shows indicated airspeed and barometric altitude. During approach and landing, the airport and runways appear as they do in real life, and future versions are likely to include highway-in-the-sky symbols, too.

And while the iPhone’s big brother, the iPad, has taken the aviation world by storm, the iPhone hasn’t—even though it addresses some of the iPad’s most glaring aviation shortcomings. The iPhone screen, for example, is far brighter, easier to read, and less reflective in sunlight. And the iPhone’s smaller size makes it simple to mount in a confined cockpit. (I used a suction-cup mount from Flyvie.)

Best of all, the iPhone can be placed in the pilot’s normal field of view without blocking large segments of sky. It can also be mounted in a horizontal (landscape) or vertical (portrait) view. And most pilots won’t have to rush out and buy iPhones since they are practically physical appendages already.

My only problems with the iPhone during flight came when I received telephone calls and text messages and the iPhone screen switched to communication mode (although putting the iPhone in airplane mode prior to takeoff disables those functions).

A portable device like the iPhone can’t be FAA certified as a flight instrument, and it’s not meant for flying in the clouds. But the iPhone’s high-resolution display is clear and easy to read, and when used in combination with traditional avionics, it can improve pilot situational awareness.

In addition to Levil, other firms (such as Sagetech) are developing solid-state AHRS units that can wirelessly transmit to a broad range of smart phones, tablet computers, and other avionics. And Aero Visions International of Carson City, Nev., offers its “iHud” for the iPhone as an app, or connected to a Levil AHRS (without synthetic vision).

It’s easy to imagine such iPhone tools being used in aviation applications as varied as helping aerobatic pilots precisely hit their 45- and 90-degree up and down lines, or keeping VFR pilots oriented on hazy days and moonless nights, or during electrical failures when aircraft avionics may be powered down. At such moments, it could be far better to use an iPhone to fly than phone a friend. 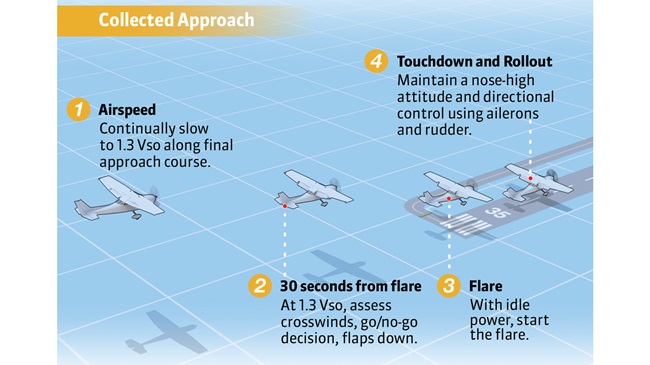