Get the app Get the app
Already a member? Please login below for an enhanced experience. Not a member? Join today
News & Videos Waypoints

We swapped Bonanza-owner stories in the back seat of the Lincoln Town Car, just as any two pilots might when they meet on a ramp somewhere. But I was pinching myself as Apollo 11 astronaut Neil Armstrong described his decision to move from a Bonanza to a Cessna 310, which he only recently sold and is now planning his next airplane purchase. I was happy to have him lead the conversation as I sat nearly speechless in awe of one of my childhood idols. I credit Armstrong and other Apollo astronauts with fostering my interest in aerospace that ultimately led me to a local airport at age 15 for an introductory flight. Weeks later I was in ground school and the following summer I soloed at age 16, later earning my private pilot certificate at age 17.

I remember sitting cross-legged in my pajamas as an 8-year-old on the steamy July 1969 night staring at our black-and-white TV as Armstrong stepped out of the Eagle lunar lander and onto the moon’s surface. My family and 600 million other people around the world watched that moment, one that would propel Armstrong onto the world stage in a way not seen since Charles Lindbergh made the first solo, nonstop crossing of the Atlantic 42 years earlier.

In fact, it was Lindbergh who caused our paths to cross on May 18, 2012, as we motored up Madison Avenue in New York City. Armstrong and I were both there to attend a dinner celebrating the thirty-fifth anniversary of the founding of the Charles A. and Anne Morrow Lindbergh Foundation.

Minutes earlier, I had exited a hotel on Park Avenue, planning to walk the nine blocks to the famed Explorers Club to attend the dinner. Instead I ran into John Petersen, a well-known futurist and Lindbergh board member. Petersen was tasked with escorting Armstrong and two of the other speakers, astronauts Gene Cernan and Jim Lovell, to the dinner. Two Town Cars were arranged for the short trip. Petersen asked if I would accompany Armstrong while he rode with the other two. Stunned, I almost turned him down. After all, what would I say in awe of the notoriously shy Armstrong?

But about then, the three space pioneers appeared in the doorway. We stood on the sidewalk gabbing about aviation and discovering, as pilots do everywhere, how many people we all know in common. All three astronauts, despite all being some 80 years old (Cernan is the youngest at 78), are still active GA pilots and AOPA members. Lovell loves the AOPA FlyQ Flight Planner, as it turns out. Both he and Cernan fly Cessna 421s.

As the door in the Lincoln closed, my fear of “what to say” returned for a moment. But I then brought out the question that I’ve found works as a conversation starter with any pilot. “So, what are you flying these days?”
One of Armstrong’s first GA airplanes was a Bonanza. Discovering our common thread, he opened up about his flying, relating what a joy it still is for him to fly his own airplane—left unsaid: Even after flying to the moon!

All too quickly, the driver pulled up to the Explorers Club and I hustled out to attempt to fend off paparazzi intent on snapping photos of the media-wary astronaut. Armstrong, however, had other ideas, and got right in the photographer’s face, telling him to be more respectful, and then blew by him into the club. He may be 81, but you wouldn’t know it to see him in action.

Later I had the chance to do a video interview with Cernan and Lovell, who shared their passion for GA flying and opined about the current U.S. manned space flight policy. Wallflowers, they are not! You can watch the video on AOPA Live.

My thanks to the Lindbergh Foundation for the chance to attend the dinner and meet three of my heroes. Learn more about the foundation at www.lindberghfoundation.org. 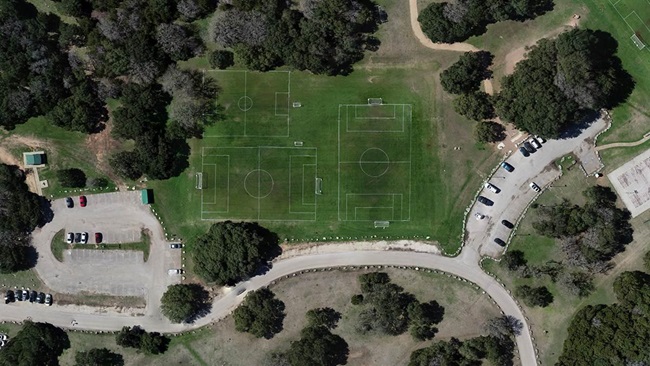