Get the app Get the app
AOPA Members DO more LEARN more SAVE more - Get MORE out of being a pilot - CLICK HERE
News & Media America&rsquo;s only female Zeppelin pilot takes left seat 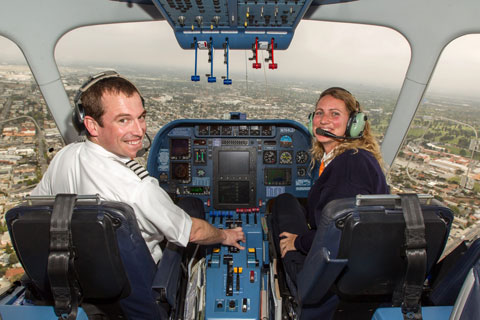 There are only two Zeppelin NT (new technology) behemoths flying in the world, and women fly both of them. One is in Germany, while Andrea Deyling just completed six months of training in the United States. Her new ride, the Zeppelin Eureka, is longer at 246 feet than a Boeing 747 fuselage. That’s as long as six giant squid laid end to end (that comparison was the company’s idea).

Deyling is the second woman in the world to achieve the qualification. Katharine Board captains a similar Zeppelin in Germany.

Deyling is not just a Zeppelin NT pilot, she’s a Zeppelin NT check pilot and can train others. There are only 22 pilots in the world qualified on the craft, which you can ride, by the way, in California through Airship Ventures.

Deyling has 2,500 hours in airships and once served as chief airship pilot at High Degree Operations. She flew a Navy blimp in support of the Coast Guard clean-up following the 2010 BP oil spill. Her enthusiasm for flight began at a high school aviation camp. Deyling is a fixed-wing pilot and flight instructor, as well as an accomplished sailor who has circled the globe on a square-rigged tall ship.

“A love of traveling and adventure drew me to airships, and I have yet to be disappointed in my choice,” Deyling said. “Piloting Eureka is an incredible experience and the next step in this adventure. I’m excited to be taking her to the skies.”