Get the app Get the app
News & Media IFR Fix: Routine ride, or psychological thriller? 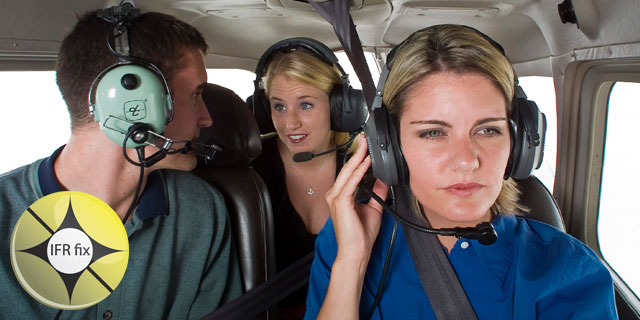 To hear the passenger talk about it, it had been one harrowing flight.

Flying mostly between layers, but accreting ice when in the clouds, the pilot’s demeanor had deteriorated steadily as the nonpilot passenger observed quietly.

At first characteristically confident, the pilot had grown sullen, and appeared unnerved. No words of distress had been spoken in the cockpit or on the radio, but you know what they say about cutting tension with a knife.

Hearing the story about the long day’s flight in a complex single months later at a barbecue—does that happen to you too?—was jarring. The passenger, still rattled, had come to think of the trip as something survived, not merely experienced.

One had to wonder: Was the cover-up worse than the crime?

A pilot dealing with uncertainty likely struggles with conflicting emotions: denial of any decision-making error that brought the flight into its present predicament, and reluctance to concede the current consequences. See any number of accident reports for confirmation.

The gut response is to keep trouble quiet, unless it’s something impossible to hide like a rough-running engine, a rebuke from air traffic control, or a missed approach. Then what would you do?

Trust is a fragile thing, as any instructor who is tempted to evade a difficult question tossed their way by a student pilot understands. The professional replies, “Good question. Let’s look it up together.”

They escaped the icing. Smiles returned. But the pilot’s pulling a solution out of the hat, movie-style—that’s how it looked to the right-seater—was perceived as neither elegant nor competent. Nor did it prevent the story of a thrills-and-chills airplane adventure circulating over hot dogs and beer.

A shame, if the pilot had gone unrecognized for just skillfully, intently doing his No. 1 job of flying the airplane. Maybe it was all a misunderstanding. Freezing levels can be predicted and reported, but icing is where you find it.

The passenger was too polite to ask, and the pilot didn’t explain.