Get the app Get the app
Already a member? Please login below for an enhanced experience. Not a member? Join today
News & Videos What's your type? 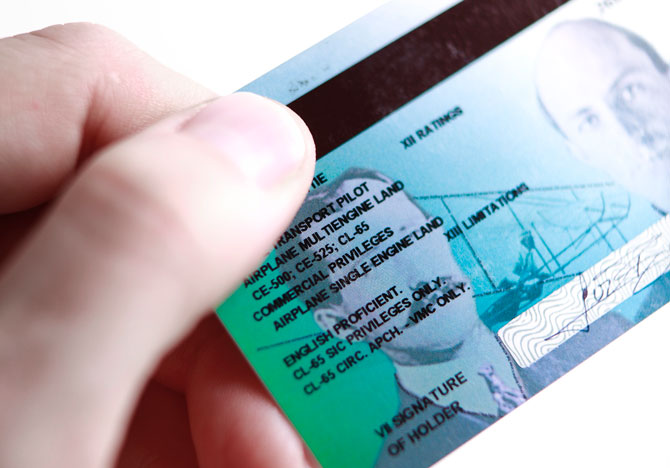 In the United States, a type rating is required to act as pilot in command (PIC) of any aircraft that exceeds 12,500 pounds maximum takeoff weight (MTOW). In addition, all turbojet-powered aircraft require a type rating, regardless of MTOW. For the purpose of this regulation, the “turbojet” engine encompasses turbofan engines, but excludes turboprop engines. Pilots flying turboprop and piston-engine aircraft are, therefore, affected by the MTOW requirement only. So, the PIC must possess a specific type rating to operate any aircraft exceeding the MTOW limit, or any turbojet-powered aircraft regardless of weight.

Type ratings are issued via traditional checkrides. The pilot must pass an oral exam and a flight test before the rating can be issued. Additionally, the practical test standards (PTS) for issuance of a type rating essentially are the same as the airline transport pilot PTS, in terms of the required performance standards. Therefore, even a private pilot adding a type rating to his pilot certificate must perform to ATP standards in order to earn that rating.

Many type ratings cover multiple aircraft. Probably the most famous and versatile among them is the CE-500 rating. Cessna’s line of Citation business jets includes a dizzying array of models and sub-models. The basic CE-500 rating allows PIC operations of more than a dozen of them, ranging from the original Citation through the various models in the Citation I, II, and V series. However, pilots wishing to earn single-pilot privileges on one or more of those models must earn a separate single-pilot type rating. Cessna’s CE-525 type rating covers every model in the CJ series, as well as the Citation Mustang.

In many cases, the differences among aircraft types covered by a single type rating are minor. The manufacturer will petition the FAA to allow the previously created type rating to cover a subsequent model, which often is approved. This can be referred to as multiple aircraft having a “common type.” History has demonstrated that this can happen numerous times, as further models are developed, each building off the previous. In the end, a given type rating often may encompass a wide range of aircraft that differ significantly in vintage, performance, avionics, automation, and system specifics.

One of the better examples of this is the Learjet type rating. Bill Lear’s original Lear 23 was a pure turbojet-powered performance monster, and it remains one of the most challenging bizjets to fly well. The Lear 23 morphed in a long series of Lears—with 20-, 30-, and 50-series designations, culminating with the 55C—all of which fall under the common Learjet rating. So, one could conceivably earn a type rating in a Lear 24 one day and command a Lear 55 the next. While insurance companies might balk at that, it is totally legal in the eyes of the FAA.

The latest crop of small jets and their pilots—Eclipse, Phenom, Mustang, Premier, et al—fall under type-rating regulations. If a type rating is in
your future, begin your studies early, and know the expectations and standards in advance. Foremost, be ready to embrace one of the most challenging and rewarding phases of your flying life—that of a type-rated pilot.

Matthew McDaniel is a 22-year professional pilot with a background in airline, corporate, and charter operations.

Congratulations! You’ve just earned your first type rating—and it’s a single-pilot (SP) type rating. This lets you fly an airplane such as a Cessna Citation Mustang, many Cessna Citation 500-series airplanes, Embraer’s Phenom 100 or Phenom 300, or any of several other light jets without a second pilot riding shotgun. Typically, any airplane with a maximum certificated takeoff weight of 12,500 pounds or more—and any jet—requires two pilots at the controls. So qualifying for single-pilot privileges is quite an accomplishment, particularly if you have no prior jet type ratings and no jet time.

But hold on—you can’t just hop into the left seat of a jet and fly solo. With no prior type ratings, the FAA requires that you log 25 hours of supplemental operating experience before you’re officially legal to fly solo. That means flying with someone who’s also type rated to fly the jet in which you’ve earned your SP privileges. It’s a way of logging quality cross-country, high-altitude, and terminal-area time in the airplane. The sort of time you can’t experience in simulator-based type rating training.

After you’ve racked up the 25 hours, you can visit any Flight Standards District Office to have your SOE restriction removed. Just bring in your logbook and show the entries.

Of course, there are ways you can earn full, unrestricted SP privileges the moment you pass your checkride. If you meet at least one of the following preconditions, you’ll earn an unrestricted type rating immediately upon passing the checkride: