Get the app Get the app
News & Media Rally GA: Rights for Pilots?

The sight of flashing blue lights in the rear-view mirror causes every motorist to cringe--especially when they're driving at the posted speed limit. And although a driver who receives a ticket may not agree with it, he will know exactly what infraction he's been charged with, as well as the procedure for appealing the citation.

When this issue went to press, these 60 senators had signed on as co-sponsors of S.1335, the Pilot’s Bill of Rights. An asterisk (*) indicates members of the Senate GA Caucus; 28 of its 36 members are sponsors of this legislation. Reps. Sam Graves (R-Mo.) and Daniel Lipinski (D-Ill.) had just introduced companion legislation in the House, and additional representatives are expected to sign on as co-sponsors of that bill.

The sight of flashing blue lights in the rear-view mirror causes every motorist to cringe—especially when they’re driving at the posted speed limit. And although a driver who receives a ticket may not agree with it, he will know exactly what infraction he’s been charged with, as well as the procedure for appealing the citation.

Many pilots accused of violating the rules, however, report that they could not pursue an objective appeals process, obtain relevant information that could help to prove their innocence, or otherwise were treated unfairly.

Legislation introduced recently in both houses of Congress seeks to change that. Late last year, Sen. James Inhofe (R-Okla.) introduced S.1335, the proposed Pilot’s Bill of Rights. Sixty senators—a majority—have signed on as co-sponsors. And Inhofe has been working closely with Rep. Sam Graves (R-Mo.); Graves and Rep. Daniel Lipinski (D-Ill.) introduced a companion bill in the House of Representatives in late January, where it too is expected to find strong bipartisan support.

“Over the years, I can remember when there were quite a few active commercial pilots in the U.S. Senate,” said Inhofe, a 10,000-hour pilot with five airplanes who flies regularly. “When John Glenn retired, I was the only one. And consequently I got more inquiries from pilots who had incidents with the FAA. But it really hit home when it happened to me.”

Inhofe was accused of landing his Cessna 340 on a closed runway at Port Isabel-Cameron County Airport in Port Isabel, Texas, on October 21, 2010. “There was no notam,” he said. “It took me four months to get voice recordings” related to the incident. Inhofe subsequently agreed to remedial pilot training as a substitute for legal enforcement action.

“It really didn’t register on me until I found I did nothing wrong, but realized I could have lost my license,” he said. The experience contributed directly to the sense of urgency for this legislation. “It’s different when you experience it yourself.”

The proposed Pilot’s Bill of Rights does four things, he said. “Everyone assumes in this country that when a government agency takes action against somebody…that person is considered innocent until proven guilty. Except this one.” If a pilot is accused of something, the FAA would be required to share information about an incident or event 30 days prior to a decision to proceed with an enforcement action.

The bill also would eliminate “NTSB rubber-stamp review of FAA actions.” Pilots can appeal an FAA action to the NTSB, “and the NTSB gives deference to the FAA,” Inhofe said, almost always accepting the agency’s findings. Inhofe said that of 61 cases appealed in fiscal year 2010, only five were reversed. If the federal district court reviewed appeals from the FAA, he continued, there would be fewer cases. “If the inspector or somebody alleging the illegal action knows that the federal district court will review it, they’ll use a lot more discretion.” 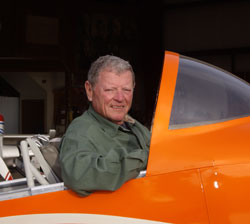 In addition, the legislation would make notams and other flight service data available to pilots. Notams need to be archived for pilots in an accessible location. “If it’s not there, they can know there wasn’t a notam,” he said.

Should the measure go further? “I have been inundated with people who say, ‘You don’t go far enough.’ I agree with that. We had to draw the line to get the most egregious things passed.”

Inhofe has a long history of supporting general aviation on Capitol Hill. In 1993 he helped lead reform of tort law, resulting in passage of the General Aviation Revitalization Act of 1994—and encouraging Cessna to resume production of single-engine piston aircraft. Inhofe also introduced what became known as the “Hoover Bill,” named after legendary airshow performer Bob Hoover; signed into law in April 2000, it sought to provide due process when the FAA used its emergency authority to immediately ground a pilot without first affording the airman a chance to defend himself.

The senator has been working closely with Graves, asking him to introduce a House bill with the same wording as the Senate’s—their goal is to avoid a conference committee, where things can bog down. “Right now we’ll concentrate on getting this done, but I’d like to hear from people who have a well-documented case of something that needs to be addressed,” Inhofe said. “Once we have this law passed, then we’ll start on another one.”

A companion bill in the House

Graves agrees with Inhofe on the need for a bill of rights. “In many cases, there’s this attitude that you’re guilty until proven innocent. And the fact of the matter is, that’s just wrong,” Graves said. “It simply doesn’t need to be that bad. That’s what this whole idea is all about—to dispel this notion that you’re guilty until proven innocent. That’s not how this society works.”

Seeking medical certification, many pilots have to spend too much time addressing long-ago health issues, paperwork errors, or the fact that they checked or forgot to check a box on the medical application form. “They’re healthy now, yet they have to spend a lot of money to dig their way out of a situation that’s long gone,” Graves said. He’s not yet sure if the medical changes will address the sport pilot “Catch 22,” in which a pilot who has been denied a medical cannot fly as a sport pilot. “That’s one of the glitches in the sport pilot program. Something that I support is removing the requirement for third class [medicals]” in situations where operating privileges are restricted, such as the sport pilot or recreational pilot certificates. 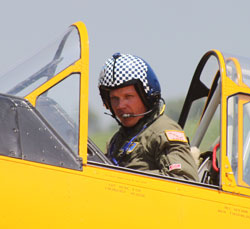 Graves also is troubled by the appeals process for FAA actions. “Right now you have a right to appeal something the FAA has cited you with to the NTSB, but the problem is that the NTSB often rubber-stamps what the FAA has done. If it’s an appeal process, the NTSB should conduct a separate investigation.”

In the area of notams, Graves not only wants to establish an archive of notams, but he would like to see improved quality and timeliness of notam dissemination. “We need a very good system of providing notams, particularly in this world today where people use the Internet to get their weather. The most important intent of that provision is to give you the historical archive of that data.” Without that information, “the pilot is left to prove the unprovable—again, guilty until proven innocent.”

The legislation also could help keep pilots flying, Graves added. “This is a very important piece of legislation. It’s getting harder and harder for people who already are pilots to continue to fly. We’re just trying to give pilots some basic rights they should be afforded. That’s the reason for the legislation. We want a user-friendly environment for aviators, it’s as simple as that. We want to make it easy for people to fly—by ‘we’ I mean the federal government.”

AOPA is very supportive of the legislation. “We greatly appreciate the leadership that Senator Inhofe, Representative Graves, and Representative Lipinski have shown by introducing these important bills, which would protect the rights of our members—and all pilots—around the country,” said Lorraine Howerton, AOPA vice president of legislative affairs. “We still need both houses of Congress to pass this legislation, and we need our members’ help in reaching out to senators and representatives who have not yet signed on to the bills.”

Inhofe said he intends to push the Pilot’s Bill of Rights this spring. “I’m hoping that all the pilots out there who are interested in this legislation, which is probably the most significant general aviation legislation in recent history, will reach out to their senators and representatives who aren’t co-sponsors and ask them to support this, because we are looking at having a vote very soon. I also want to thank the National Air Traffic Controllers Association, and of course, AOPA and EAA, for their support. Without their help we wouldn’t have gotten as far as we already have.”