Get the app Get the app
AOPA will be closing at 3:15pm ET Thursday, December 1st. We will reopen Friday morning at 8:30am ET.
AOPA Members DO more LEARN more SAVE more - Get MORE out of being a pilot - CLICK HERE
News & Media Nothing to squawk about

Nothing to squawk about 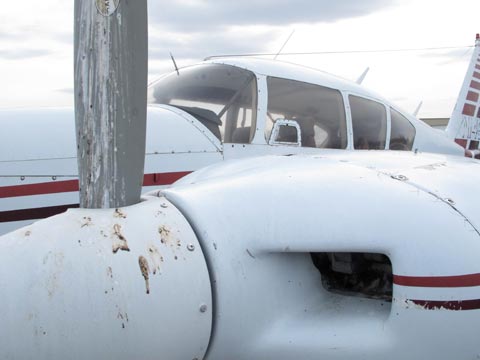 At last, the perfect reason to go flying: It’s good preventive maintenance. You have a mechanic’s word for it.

Check your tire pressure before you go, so you won’t taxi out on a flat. Clean off your boots before climbing aboard your floatplane—really! If your engine needs a few quarts of oil, don’t stint.

Above all, get out there this spring. Your aircraft needs it as much as you do.

“Planes need to fly,” said David Delcourt of Delcourt Aviation in Fairbanks, Alaska. Too many aircraft are getting worn out faster than necessary by not flying, he said. 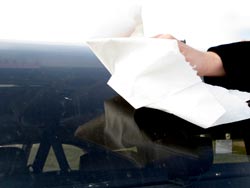 Clean the windscreen too—but don’t let Socrates Pikounis of Ocean Aviation in Ocean City, Md., catch you using the wrong kind of cleaner, one that could turn a clear windscreen smoky.

Strike two would be wiping down the windscreen with brown paper or something else that could scratch.

“Follow the directions on how to keep the Plexiglas clean,” he said.

Some pilots might be more aircraft care-conscious if they were cognizant of the conundrums they were courting, said several mechanics AOPA contacted for examples of common lapses and oversights.

When it comes to parking, a casual approach can prove destructive, said Delcourt. Using tiedown anchors that aren’t strong enough to hold down an airplane given sudden lift by a gust—visualize tires filled with cement, with a tiedown ring stuck in the middle—is asking for trouble. “They only weigh a couple hundred pounds,” he said.

Use strong ropes; nothing flimsy. On cross-countries, take along some screw-in anchors for securing the aircraft.

That may be a challenge for backcountry flying. 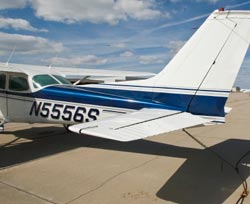 “You may have to get very creative, with boulders or burying logs in the sand,” he said. “It’s never going to be perfect.”

Make sure to tie down the tail. Many pilots don’t, with disastrous results.

“It’s dramatically overlooked,” Delcourt said. “I can drive up and down the (airport) road and see example after example of not-properly-secured airplanes.”

Anything you can do to lock control surfaces in place will pay big dividends. The sight of a rudder or ailerons slamming back and forth in a strong wind is painful to behold.

All of those preventive measures could save your airplane—and the one parked alongside.

He recently received a call to go out and “rescue” a customer’s airplane that “had broken free and was inches from taking out another airplane.” The caller knew that the aircraft’s owner was one of his customers.

Ask mechanic Doug Duncan of Douglas Duncan Aviation at the Greenville, S.C., Downtown Airport to name an aircraft-care item where pilot care is lacking and the discussion quickly turns to tire and brake maintenance.

An aircraft that taxies out with low tire pressure may end up with a flat on the taxiway, or worse, when landing. Even if the tire doesn’t go completely flat, heavy braking can cause a soft tire to slip on its rim. When a valve stem is sheared all the way off, that’s usually the cause, said Duncan.

Isn’t that a rather easy problem to catch on a preflight inspection?

“You know what they say about common sense,” he replied.

Pikounis reminds pilots to check brake pads. If they’re too thin, they “start chewing up the rotors,” leading to expensive repairs or even pricey replacements of out-of-production types.

If you have ever heard the pilot of an airplane that takes 12 quarts of oil say that he only fills it to 10 quarts “because it will blow out two quarts,” that pilot may be missing the real issue. 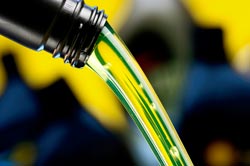 “If you are losing oil, is that a blow-by issue, or is that normal for your engine?” he said.

The key is for the pilot to note how the engine behaves over time, and come to understand what is normal for a particular aircraft, he said.

Also, a manufacturer may recommend different oil levels for short flight or an extended cross-country. Recently, Delcourt had to go and help pull an aircraft “out of the bushes” after its engine seized up after extended flight on less-than-full oil. There are many variables that an owner should consider—but deciding what is normal and what is a problem should not be guesswork, he said.

This maintenance tip starts right at your feet: Before climbing into your Cessna floatplane, clean off your boots. Wet sand sticking to seat rails is “grinding away at a very expensive part” that is also the subject of a critical airworthiness directive.

Duncan, whose company specializes in Cirrus aircraft, recommends that pilot owners “get really familiar with your maintenance shop.” Ask questions.

“Most mechanics don’t mind people asking questions. The more they know, they can explain better when they do have problems,” he said.

Delcourt agrees; bad communication between owners and mechanics is “painful,” he said.

“Find a mechanic who will show you stuff.” 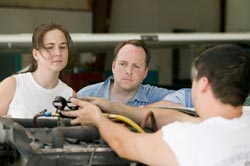 Read the instructions. System knowledge would have helped the customer who complained to Duncan about a new autopilot. When Duncan heard the symptoms—the autopilot was causing the airplane to porpoise up and down in cruise—he asked if the airplane had sat outside during rain.

“Go to your alternate static source and see if it levels out,” he instructed the client, suspecting that trapped moisture in static lines was interfering with an altitude transducer.

Common visitors to repair shops often include older Cessnas with spring-steel landing gear, said Delcourt. The telltale sign of trouble is bare spots where paint has come off the gear legs. Corrosion and cracking could follow; the risk calls for removal and repainting, especially in airplanes with thousands of gear cycles or those that operate under harsh conditions (or overweight).

You can’t talk about maintenance without mentioning costs. One complication Delcourt sees during the economic slowdown is that owners may avoid facing big-ticket issues.

He sympathizes, but “you can’t skimp on this stuff.”

Meanwhile, as idleness exacts its many tolls, he observes that “planes are not in as good shape as 10 or 15 years ago.” A Cessna 206 that had sat in place since its last annual inspection needed all new o-rings in its brakes. Sitting idle can freeze pulleys from lack of motion, eventually wearing cables that slide over a frozen pulley—another of the many problems found in stagnant aircraft.

In short, “They’re getting worn out faster by not flying,” Delcourt said.

Dan Namowitz has been writing for AOPA in a variety of capacities since 1991. He has been a flight instructor since 1990 and is a 35-year AOPA member.
Go to Dan Namowitz's Profile
Topics: Training and Safety, Navigation, Aircraft Maintenance