Get the app Get the app
News & Media Clouds, rain dampen attendance at Va. Festival of Flight 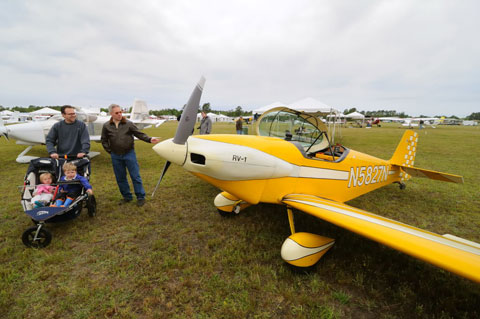 RV-1 at the Virginia Regional Festival of Flight

Overcast skies conspired with a threat of rain in the forecast to keep crowds at Suffolk Executive Airport small on April 28 for the opening day of the fifteenth annual Virginia Regional Festival of Flight. While the anticipated rain showers held off until midafternoon, the forecast was more optimistic for the event’s second and final day. 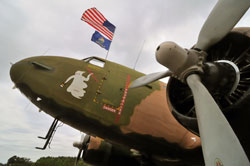 A centerpiece of this year’s event was the RV-1—a Stits Playboy modified by Richard VanGrunsven with a new wing design, among other enhancements. The single-seat airplane went on to launch the popular RV line of all-metal, kitbuilt aircraft (see “Rebirth of the Pioneer RV,” April 2012 AOPA Pilot). The airplane was discovered in a Texas hangar and rebuilt by a group of pilots and RV owners/builders.

The RV-1’s tour schedule is available online. After touring the country, the airplane will be featured at EAA AirVenture this summer, where VanGrunsven is expected to take the controls. Later this year it will go on permanent display in EAA’s AirVenture Museum.

Also on hand at Suffolk was a Douglas AC-47 gunship operated by the American Flight Museum of Topeka, Kan. In combat the airplane carried three 7.62-mm General Electric miniguns, which fired through openings on the left side of the airplane. Carrying more than 24,000 rounds of ammunition, the gunships frequently provided close air support for ground troops, and could provide suppressing fire while orbiting a designated target for hours. 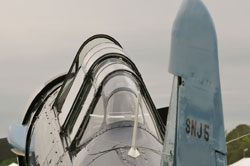 Portrait of an SNJ-5

The gunship’s crew said that after the Virginia event, the airplane would be flying south to North Carolina for the Cherry Point Marine Corps Air Station airshow next weekend. One airplane owner expressed envy at the gunship’s belly, which was painted black because of its history of nighttime operations during the Vietnam war. “That paint’s sure going to hide any soot or oil stains,” he observed.

The Virginia Regional Festival of Flight offered forums on a variety of topics, from flight service to aviation weather, search and rescue, aircraft maintenance, and aviation photography. Aircraft were judged during the event, and a list of winning aircraft—with photos—will be available online. The 2013 Virginia Regional Festival of Flight has been scheduled for May 4 and 5. 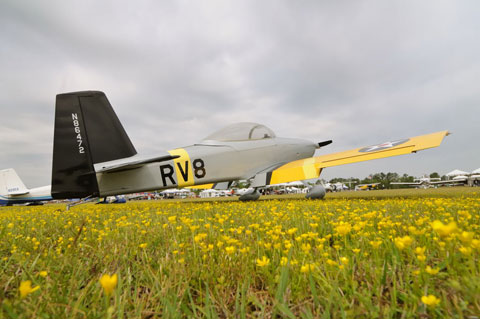 Technical Editor
Mike Collins, AOPA technical editor and director of business development, died at age 59 on February 25, 2021. He was an integral part of the AOPA Media team for nearly 30 years, and held many key editorial roles at AOPA Pilot, Flight Training, and AOPA Online. He was a gifted writer, editor, photographer, audio storyteller, and videographer, and was an instrument-rated pilot and drone pilot.
Go to Mike Collins's Profile
Topics: Electric, EAA AirVenture, Events