Get the app Get the app
Already a member? Please login below for an enhanced experience. Not a member? Join today
News & Media IFR Fix: The Casanova overshoot 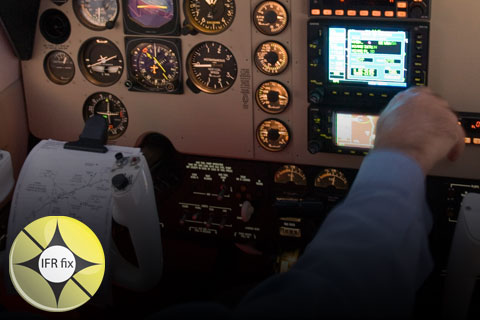 Of all the ways an IFR flight can get off to a rocky start, hearing air traffic control ask where you think you’re going must be one of the most painful.

More so if the question comes as you fly a published departure under a low shelf of Class B airspace. Now throw in lack of recent experience, and unfamiliar nav gear. In no time, the workload may overwhelm rusty skills.

ATC’s question was innocent, but it created one of those realistic distractions pilots train to avoid. Remember how nicely that simulator ILS was going until your instructor saw the happy look on your face and dialed in the turbulence? You never forgave him.

For a Bonanza pilot departing Manassas, Va., on the Arsenal Two departure, things fell apart shortly after takeoff, when Potomac Departure posed a question to the pilot, who was turning toward the Casanova VOR (CSN).

“Checked in, (was) told to maintain 2,000 feet and was immediately asked about my routing,” the pilot said in an Aviation Safety Reporting System filing. “Having not flown the procedure, I became concerned that I had misunderstood the departure clearance and stopped my turn toward CSN.”

“After confirming my written clearance I read it back to ATC and was told that I missed the turn to CSN and to turn immediately to heading 190.”

Next the flight was cleared to the Montebello VOR (MOL) to the southwest. “Using the RNAV system, I entered MOL which gave me a course of approximately 330 degrees. As I began making the turn, I realized that this was not the correct course and by the time I realized my error, the Controller came back asking me where I was going. I responded ‘direct MOL’ as I was turning toward the correct course.”

Later, the pilot noted that “this was my first IFR flight plan in a small aircraft in several years, having only recently returned to general aviation.” After ATC’s routing query caused doubt, unfamiliarity with the GPS “demanded more of me than expected.”

Familiarization with the aircraft and nav system would “reduce the considerable workload of flying single pilot,” the pilot wrote in the ASRS report, which was one of 155 citing “workload” between March 2011 and March 2012.